Home Economy Russia, India to Team up for Joint Investment Projects in Asia and... 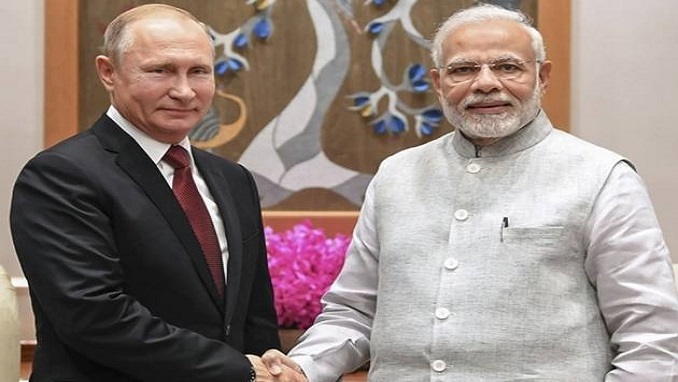 India and Russia have the potential to strengthen economic cooperation by developing joint projects, particularly in Asia and Africa. That’s according to members of a video conference held by the two nations, Russia Today reports.

The event was organized by the Russian International Affairs Council (RIAC) and the Indian Council of World Affairs (ICWA). The joint conference has been held since 2017 alternatively in Moscow and New Delhi.

Participants discussed Russian-Indian relations, new challenges and opportunities that the two countries face during the Covid-19 pandemic, and the global crisis, as well as possible scenarios for the development of the international economic situation in the post-Covid-19 world. According to them, the pandemic has stimulated the development of information technology, which has been a priority for the two countries for many years.

The two sides plan to jointly create an ecosystem of startups and venture funds for the development of information technology.

The Indian side pointed out that the potential of bilateral trade is limited by non-tariff and logistics barriers, which have not been completely eliminated. Both Russian and Indian experts said that interaction in the field of digital technology, along with the development of joint projects in Asia and Africa, could significantly improve mutual partnership.

Moscow and New Delhi are committed to expanding bilateral trade, shooting for $30 billion in annual trade volume by 2025, up from the current $11 billion. They actively cooperate on international platforms, including the SCO, BRICS, Russia-India-China (RIC) mechanism, G20, and the UN.

In 2018, India suggested setting up a special economic zone for Russian companies to encourage investment. Russia is also facilitating a free trade agreement between India and the Eurasian Economic Union (EAEU).