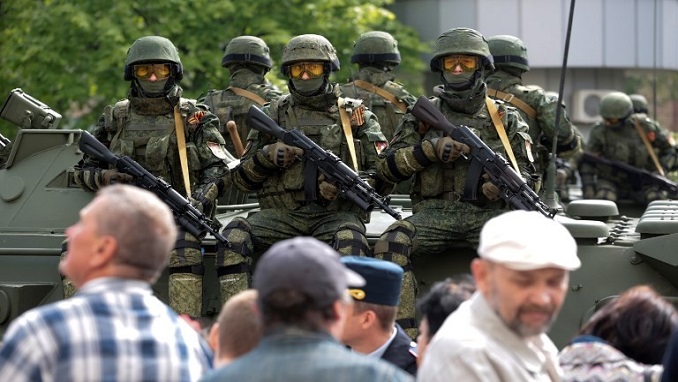 A bill on the legalization of private military companies will be submitted to the Russian parliament in the following weeks, Russia Today reported.

In recent months, the military contractors have become known as private armies and their activity has been in the spotlight after the expansion of the Donbass conflict and the Kremlin’s intervention in Syria.

The purpose of the law is to remove these formations from the grey area and to guarantee the rights of the employees in this activity. The Syrian conflict has shown that private armies are efficient, which is one of the main arguments Russian MPs are offering in their bid to push the bill.

The situation in Syria demonstrated the need for private military companies, which are well-suited for such local conflicts,” Mikhail Emelyanov, deputy chair of the parliamentary Committee for State Building and Legislation, told RT. He said a new draft law regulating PMCs may be submitted within a month.

“The law would allow hiring employees of PMCs to take part in counter-terrorism operations in foreign nations, protect allied nations from foreign aggression. And also to guard infrastructure objects like oil and gas fields or railroads,” he added.

Private military companies (PMCs) are the modern-day incarnation of what used to be known as ‘Wild Geese’ – professional soldiers ready to prop up a regular fighting force for payment. As national governments rose in power, the use of hired guns went into relative decline as they were pushed to the sidelines – both legally and geographically. Because the common wisdom of the 20th century held that waging wars was a job for nation states, adventurers were tolerated only in places such as Sierra Leone or Libya.

Russian experts point out that military companies are legal in the United States and that they are often used by the White House in conflict points.

The draft law would be the third attempt to make PMCs legal in Russia. In fact, the first draft suggested in 2012 was publicly supported by then-Prime Minister Vladimir Putin. But no legislation has materialized since. Russian PMCs, which do exist, have to register in the jurisdictions of other nations and their employees are always under the threat of prosecution in their homeland.

Moldova Torn between Russia and West in Presidential Runoff