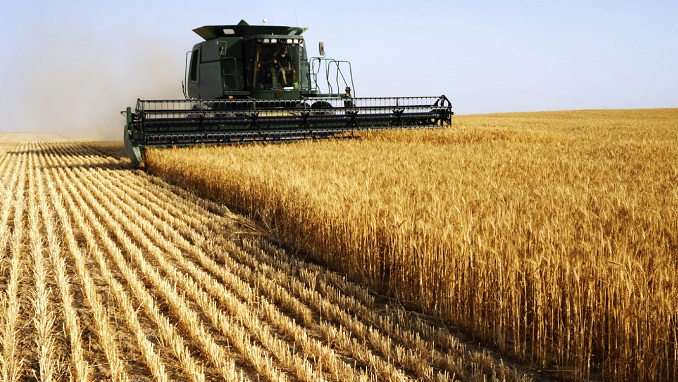 After a record harvest last year, Russia increased its wheat export by a third and emerged as the leading world grain exporter in recent months. Together with other former Soviet Union countries’ rising exports, the global wheat market is now in a situation reminiscent of Soviet-era dominance, Bloomberg reports.

As of January 10, Russian exports since July 1 were 34.1% higher year on year at 21.84 million mt, official data showed Monday.

Countries comprising the former USSR harvested 18 percent of the global wheat crop in 2017, the most since 1980, according to U.S. Department of Agriculture data. Russia is projected to become the biggest shipper by volume this year, overtaking the U.S., the agency estimates.

Meanwhile, America’s share of the global crop fell to 6 percent last year, the lowest based on records going back to 1960.

“The Black Sea’s favorable soil and climate have always been capable of bumper crops”, said John Schnittker, who was a chief economist and under-secretary at the U.S. Department of Agriculture under President Lyndon Johnson.

Two important differences between now and the Cold War era are the improved quality of the grain and what it’s used for. Despite a share of the global crop that peaked at 31 percent in 1966, the USSR still needed to import grain. That’s partly because most of its wheat was fed to animals — almost three-fifths in the late 1970s and early 1980s — and Soviet citizens ate a diet that was heavily dependent on grains.

Another important factor was the poor quality of much of Soviet wheat, a problem made worse by the collective-farming system’s poor storage and transportation infrastructure.

During a visit to Soviet farms in 1972, Schnittker said he saw “huge outdoor piles of wheat, which had been harvested at high moisture, being dried by a group of women shoveling the wheat into the air, from one pile to another.” Such inefficiency drove the government to import from the U.S. and Canada to provide bread for its people, even as the USSR was growing more wheat than anyone.

Today, less than a quarter of the harvest in the former Soviet Union is being used to feed animals. That, and better infrastructure is creating a much more export-oriented market, said Dan Morgan, author of probably the definitive book on the 1970s grain trade, “Merchants of Grain: The Power and Profits of the Five Giant Companies at the Center of the World’s Food Supply.”

Claims of Peak Oil Production in Russian Could Be Overblown

US’ Statement on Restoration of Iran Sanctions Is a ‘Theatrical Performance’:...