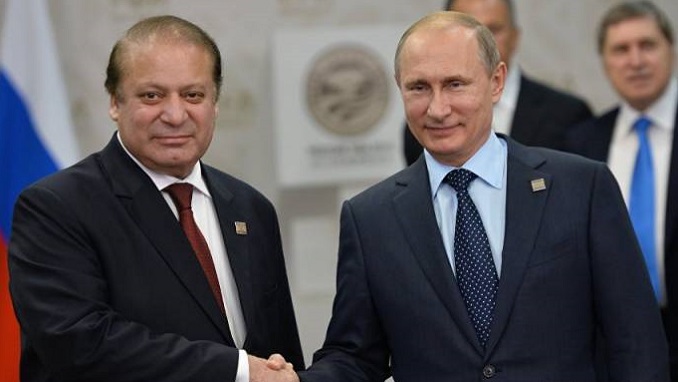 Russia and Pakistan have reached an agreement to boost bilateral cooperation in various fields, including counterterrorism, economy and trade, Menafn reported.

According to the Russian Foreign Ministry, the messages have been exchanged on the 70th anniversary of the creation of diplomatic cooperation between both countries.

The ministers were said to have “showed a positive outlook on bilateral ties growth, along with how both countries made a productive interaction when it comes to global affairs within the frameworks of the United Nations and the Shanghai Cooperation Organization.”

According to a recent analysis by Reuters, Russia, a former adversary of Pakistan, is seeking a bigger and political role in the Middle East, and is using gas and diplomacy to get closer to Islamabad. As U.S. influence in Pakistan wanes, Russia is building military, diplomatic and economic ties that could upend historic alliances in the region and open up a fast-growing gas market for Moscow’s energy companies, the article said.

Russia’s embrace of Pakistan comes at a time when relations between the United States and its historical ally are unraveling over the war in Afghanistan, a remarkable turnaround from the 1980s when Pakistan helped funnel weapons and U.S. spies across the border to aid Afghan fighters battling Soviet troops.

Though the Moscow-Islamabad rapprochement is in its infancy, and it is neighbor China that is filling the growing void left by the United States in Pakistan, a slew of energy deals and growing military cooperation promise to spark life into the Russia-Pakistan relationship that was dead for many decades.

Kazakhstan will start producing the Russian Sputnik V vaccine against the novel coronavirus this month and begin a mass vaccination campaign next year, President...

Russia's communications watchdog Roskomnadzor has sent a letter to Facebook demanding that the social media platform lift the block placed on Baltnews, a Russian-language...

The novel coronavirus may cause immune disorders, which can be fatal, President of the Dmitry Rogachev National Medical Research Center of Pediatric Hematology, Oncology...

Chinese Expats Forge Coronavirus Test to Come Back from Russia