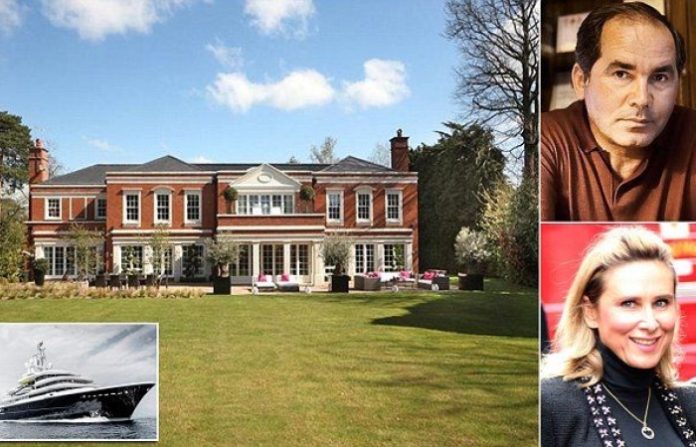 A helicopter belonging to Russian oil and gas tycoon Farkhad Akhmedov, who was ordered by a British court to pay a 453 million pound ($572 million) divorce bill, was seized and sold as part of proceedings, Reuters reports citing legal advisers for Akhmedov’s former wife.

The billionaire was ordered to pay around 40 percent of his fortune to Tatiana Akhmedova by London’s High Court in 2016 in one of the largest divorce settlements in legal history.

Among the items the judge ordered Akhmedov to hand his former wife were a modern art collection valued at over $113.5 million, English property worth $3.15 million, a $440,000 pound Aston Martin car and a $440 million lump sum. But the tycoon hasn’t paid and has called the proceedings “misguided and wrong.”

The London court granted a worldwide freezing order and Akhmedova has employed lawyers and asset tracing specialists to unravel a web of offshore companies and try to claim assets around the globe – in particular, Akhmedov’s superyacht M.V. Luna.

The Eurocopter EC155 helicopter, once used to ferry passengers to Luna, was seized and sold for around $5.7 million, according to Tatyana Akhmedova’s lawyer.

Luna, an expedition yacht built for Russian billionaire Roman Abramovich before Akhmedov bought it in 2014, has at least nine decks, space for 50 crew, two helipads, a vast swimming pool and a mini-submarine that is impounded in Dubai.

“The net has been closing on Mr. Akhmedov for a while now, and the sale of this helicopter proves that our enforcement methods are not just working but bearing fruit,” said Jonathan Wild, an advocate and asset recovery specialist with Isle of Man-based Callin Wild LLC, who is representing Akhmedova.