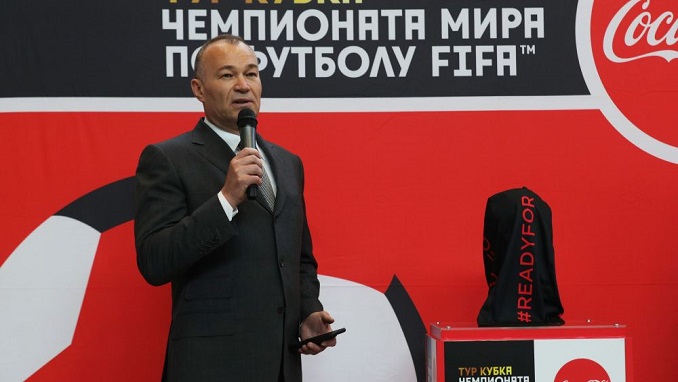 Three senior executives of Sheremetyevo International Airport have been named to Kommersant’s 21st annual list of the Top-1000 Russian Managers. The list was developed by Kommersant Publishing House, which engaged the Association of Managers to make the selections.

Alexander Ponomarenko, Chairman of the Board of Directors of JSC SIA, was named as one of the 46 top business leaders of Russia. Director General of JSC SIA Mikhail Vasilenko was ranked first among top managers in the transport category, and Public Relations Director Anna Zakharenkova was ranked second among directors of public and corporate relations in the transport sector.

Over the past 20 years, A.A. Ponomarenko has established himself as an effective strategic investor in the Russian transport industry, combining efficiency in business strategy and a strong focus on social responsibility with skillful execution to advance the country’s transport strategy. He joined the Board of Directors of JSC SIA in 2015 and has been its chairman since 2016.

Mr. Vasilenko was named Director General of JSC SIA in 2005. He was awarded the Order of Honor by Decree of the President of Russia in 2010 and the Order of Friendship in 2019.

Ms. Zakharenkova has been managing public relations at Sheremetyevo International Airport for more than 15 years.

Sheremetyevo Airport achieved outstanding results in both its operations and the development of infrastructure in 2019, when it served 49.9 million passengers, an 8.9% increase over 2018. There were 386,370 takeoff and landing operations in 2019, an increase of 8.2%. Sheremetyevo served 49% of the total passenger traffic and provided 49.4% of the takeoff and landing operations of the Moscow aviation hub during the year. International industry agencies OAG and Cirium recognized Sheremetyevo airport as the most punctual airport among the world’s largest airports.

In 2019, Sheremetyevo completed a number of large-scale investment projects: an international passenger Terminal C, designed for 20 million passengers annually, an apron of Terminal C, an apron of the ASTC (Aviation Science and Technology Center). It also commissioned the third runway (RWY-3). The throughput capacity of the airport complex, taking into account the commissioning of Terminal C, has reached 80 million passengers per year.

The development of infrastructure and the improvement of the quality of service have become the foundation for attracting and expanding cooperation with the largest air carriers. In 2019, Sheremetyevo welcomed Brussels Airlines, Vietnam Airlines, Belavia and Turkish Airlines Cargo, and opened routes to 19 new destinations.

At the end of 2019, Sheremetyevo Airport won a number of prestigious national and international awards and ratings, including the best in terms of service quality in the category of the largest airports in Europe with a passenger traffic of more than 40 million passengers per year according to the ASQ ACI program; and the best airport in the world according to the global study by the British company Stasher.

Russians Took Out Record Amount of Cash Loans in August