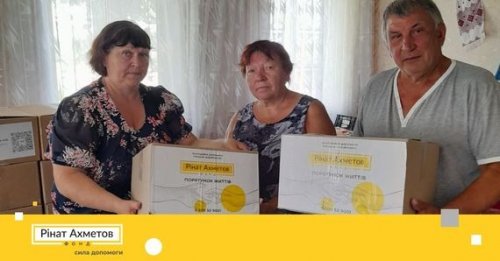 IDPs arrive in Sumy Oblast daily from the south-east of Ukraine. To provide food packages for IDPs, the Rinat Akhmetov Foundation has dispatched one more convoy to the Sumy Oblast, a press release from SCM reads.

The support is offered as a part of the Rinat Akhmetov – Saving Lives program, according to the press release.

Lukoil Has No Plans to Invest in Saudi Aramco’s Mega-IPO, says...