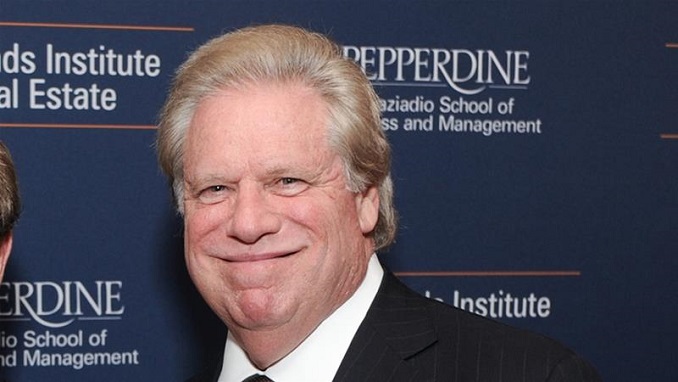 Broidy is a Trump associate who was the number two finances man at the Republican National Committee. He resigned last week amid reports that he had agreed to pay $1.6 million to a former Playboy model with whom he had an affair.

He laid out his lobbying proposal for Novatek in February 2017, when he was acting as a well-connected businessman and longtime Republican donor in a bid to help the Russian company avoid sanctions imposed by the Obama administration. The 2014 sanctions were aimed at punishing Russia for annexing Crimea and supporting pro-Russia separatists in eastern Ukraine.

Broidy sent a draft of the plan by email to attorney Andrei Baev in 2017, then a Moscow- and London-based lawyer who represented major Russian energy companies for the firm Chadbourne & Parke LLP. Baev had already been communicating with Novatek about finding a way to lift U.S. sanctions.

The fundraiser then proposed arranging meetings with key White House and congressional leaders and generating op-eds and other articles favorable to the Russian company, along with a full suite of lobbying activities to be undertaken by consultants brought on board. Yet, even as he offered those services, Broidy was adamant that his company, Fieldcrest Advisors LLC, would not perform lobbying services but would hire others to do it. He suggested that parties to the deal sign a sweeping non-disclosure agreement that would shield their work from public scrutiny.

The plan is outlined in a series of emails and other documents obtained by The Intercept. Broidy and Baev did not dispute the authenticity of the exchanges but said the deal was never consummated.

In March, Bloomberg reported that Broidy “offered last year to help a Moscow-based lawyer” — Baev — “get Russian companies removed from a U.S. sanctions list.” The news outlet did not identify the Russian firms or provide details of that proposal.

“At the time when I was a partner of Chadbourne & Parke LLP I had very preliminary discussions with Elliott Broidy with regard to possible engagement of him as a strategic consultant with regard to a possible instruction by one of my corporate clients. This instruction has never materialized,” Baev told The Intercept in an email. “Nor did I or Chadbourne provide any services to any other individual or entity in connection with any attempt to remove any Russian company or an individual from the U.S. sanctions list.”

Broidy told The Intercept through a spokesperson that Baev had approached him about the proposal, but that Broidy had decided not to go through with it for political reasons. “At the time Mr. Baev had approached us he was then a managing partner of a major U.S. law firm and the new Administration had indicated an interest in normalizing relations with Russia and potentially easing sanctions,” Broidy told The Intercept in a statement provided by his spokesperson. “Subsequently, the geopolitical landscape changed and I made the decision not to pursue it.”