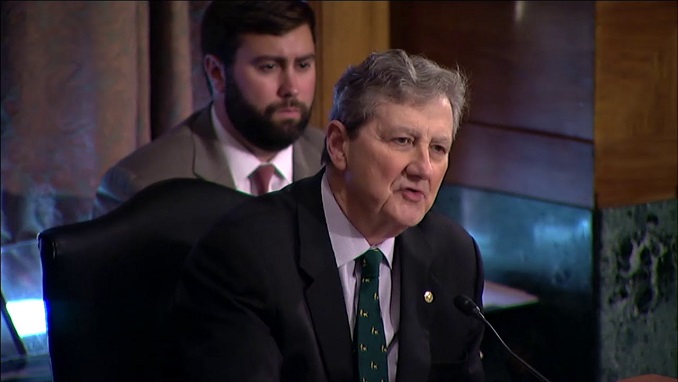 A group of U.S. congressional Republicans who are considered to be sympathetic or allied with U.S. President Donald Trump has arrived in Moscow on what they say is a mission to try to revive relations and observe how Russia’s economy is doing after four years of Western sanctions.

According to AP, before arriving in Moscow late on July 2, the conservative legislators met in St. Petersburg with the city’s governor, Georgy Poltavchenko, and expressed hopes for improving relations. Poltavchenko told them he is “optimistic” about the future and “ready for cooperation on all fronts.”

The visit comes ahead of a meeting between U.S. President Donald Trump and Russian President Vladimir Putin planned for July 16 as an effort to revive Russia-U.S. ties after years of deterioration.

“We think it’s good for us to talk,” Senator Richard Shelby (Republican-Alabama) told CNN before the trip.

Senator John Kennedy (Republican-Louisiana) told CNN he hopes the group will be able to meet with Putin. “I want to be able to meet with government officials, try to establish some rapport, talk about common interest, talk about common problems,” he said, emphasizing that his goal is to “establish rapport between the United States Congress and the Putin administration.”

Since Congress passed legislation nearly a year ago tightening and expanding sanctions on Russia, which were originally imposed over Russia’s aggression in Ukraine, Kennedy said he wants to see how Russia’s economy is doing.

“Some say it’s in shambles,” he said. “Others say with the increase in the price of oil, it’s doing much better. Others say [Russia is] spending all their money on Syria and weaponry and the people are starving to death. Others say that’s not true. So I don’t know.”

Asked if he would bring up the topic of alleged Russian meddling in U.S. elections, Kennedy said, “Now, I don’t want to do anything to start an international incident, but I believe in talking frankly about these things.”

Kennedy told CNN that there have been a lot of “serious allegations that Russia has interfered with not just our elections” but with elections in France and Germany, as well as with Britain’s vote in 2016 to exit the European Union.

The congressional delegation arrived in Russia on June 30 and plans to stay until July 5.