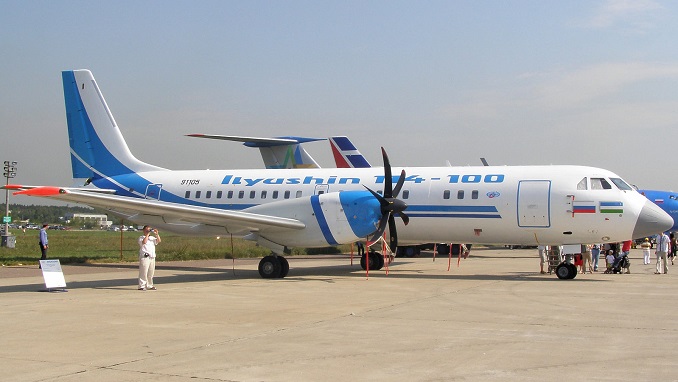 Russian aircraft manufacturer Ilyushin Design Bureau is in talks with Uzbekistan Airways for the purchase of IL 114-100 planes decommissioned in May this year, Uzbek news website Podrobno.uz reported.

“The Uzbekistan Airways completely stopped the operation of six IL 114-100 planes in May,” said the report. “All these planes were used for domestic flights. Then they were put up for sale and Ilyushin Design Bureau showed interest in them. The Russian company needs them primarily as gliders for their new aircraft IL 114-300. We are actively working with them in this direction.”

Uzbekistan Airways officially phased out the last of its Ilyushin IL-114-100 regional turboprops on May 1, thus bringing to an end the era of Soviet-built aircraft in its fleet. The switch makes the airline an all-jet operator, in a move which is expected to “increase the efficiency and the commercial yield” of its operations, the airline explains.

The first turbo-propelled serial IL 114-300 plane for domestic flights will be manufactured in Russia in 2020-2021.

The company expects the aircraft to be in demand in Russia’s Far North. The flight price on a turbo-propelled aircraft is lower than on a turbojet, especially for transportation in the northern direction. The IL 114-300 plane has special anti-icing systems.

Regional transportation is also one of the sectors where the IL 114-300 is expected to perform well. The plane’s engine promises to be very economical and powerful enough to provide transportation for sufficiently big distance, Uzbek authorities said. In this sense, the aircraft will be in demand by airlines, which have a lot of key regional routes.

According to Ilyushin, the plane’s maintenance is somewhat simpler and cheaper than that of other planes in its price range. The company expects the aircraft to be in demand in Asia, Africa, and Latin America.

Volga-Dnepr Technics Gets EASA Approval for Boeing Maintenance at Sheremetyevo