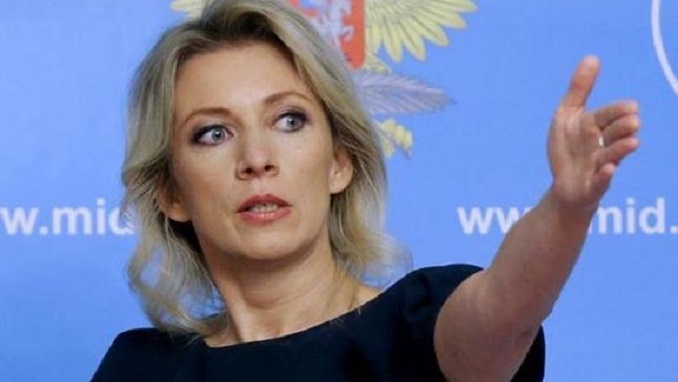 “When and where have we undermined anything? Where are the materials? Publish something, present some exact facts at least to your media outlets”, Zakharova said at a briefing.

Western countries have many mutual claims regarding vaccines and immunization programs, with pharmaceutical companies being accused of delaying vaccine supplies, the spokeswoman continued.

“Russia has nothing to do with that. We do not interfere in processes related to vaccine supplies schedules … in the Western countries, and in the authorization of Western medications”, Zakharova added.

“All this looks even more ridiculous in light of our consistent and truly depoliticized approach, our approach to have open cooperation with all the interested sides on vaccine deliveries, joint effectiveness studies, development and localisation [of vaccine production] in different regions across the world”, she concluded.

The Russian diplomat’s response followed the U.S. secretary of state accusing Russia of waging a disinformation campaign “to erode confidence in elections and in safe effective vaccines”.

The Kremlin slammed the statement as groundless, also recalling the negative coverage by the American media of Russia’s Sputnik V – which was the first officially registered coronavirus vaccine in the world.

New COVID-19 Incidence Surge Possible in Russia, But Milder Than in...