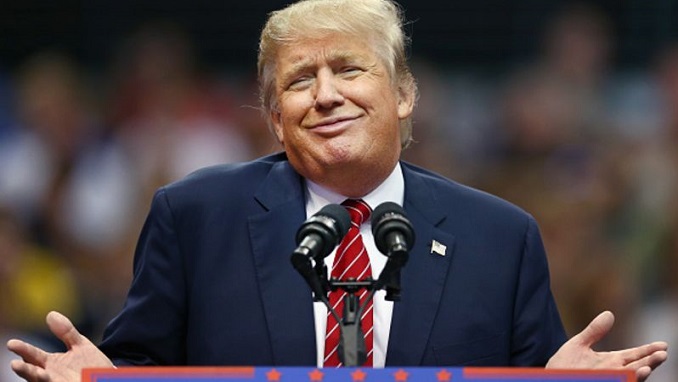 Despite a last year’s pledge by President Donald Trump to eliminate the country’s debt “over a period of eight years,” America’s national debt went to record heights this week, surpassing $21 trillion, according to the U.S. Treasury.

The landmark comes shortly after Congress passed, and Trump signed, a suspension on the federal debt limit last month, allowing the government to borrow an unlimited amount of money until March 1, 2019, The Washington Examiner reports.

When Trump took office on Jan. 20, 2017, the national debt was $19.9 trillion, according to U.S. Treasury data. Since then, the GOP-led Congress has passed a $1.5 trillion tax cut bill and a two-year spending deal which, together, are expected to drive the deficit and debt further upward.

The Committee for a Responsible Federal Budget estimates annual deficits could top $2.1 trillion per year in the next decade, which would send the national debt soaring even higher.

The debt grew by more than half a trillion dollars in the six weeks since the debt ceiling was lifted on Feb. 9.

Michael Peterson, President of the Peter G. Peterson Foundation, said the mile-marker is just the beginning, as Congress has just agreed to spend even more.

“Our national debt reached a staggering $21 trillion today, having grown by $1 trillion in just the past six months,” he said.

“Worse yet, this unfortunate milestone has only just begun to include the effects of the recent fiscally irresponsible tax and spending legislation, which added more debt on top of an already unsustainable trajectory.”

AnimeFreak So I'm a Spider, So What? Episode 22