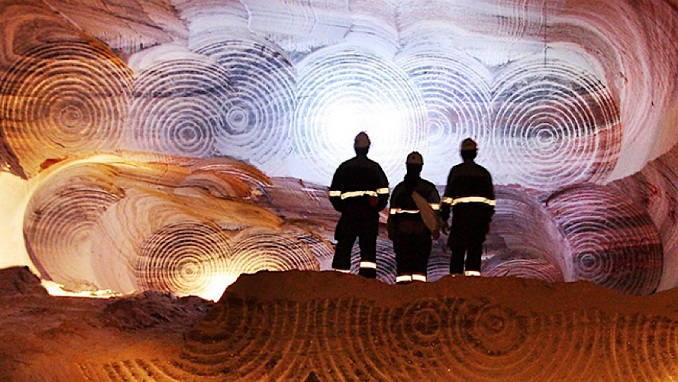 The Venezuelan government has offered Russian companies to participate in gold exploration and gold mining in the country, Russia’s Ambassador to Venezuela Vladimir Zaemsky has said, according to RIA news agency.

“As for Russia’s participation in gold-mining or other mining projects, Venezuela has made a wide range of interesting proposals that are currently under consideration by interested Russian operators,” he said.

According to the diplomat, Caracas is “deeply interested” in cooperating with Russia in exploration of the country’s solid extractable resources, including gold, diamonds and coltan, which is used for the extraction of elements such as niobium and tantalum.

Venezuela has the richest proven oil deposits in the world and is considerably rich in natural resources such as diamonds, gold, iron ore, aluminum, bauxite, natural gas, and petroleum.  A report by the World Gold Council published in June said the country has 150 metric tons of gold reserves, which makes it the 25th largest gold reserve in the world.

An ongoing economic crisis and U.S. sanctions have forced Venezuela to rely on help from other nations. Earlier this year, Washington banned American businesses and individuals from dealing with entities and people involved in gold sales from the country.

In December, Caracas and Moscow reportedly signed a $5 billion investment deal to raise Venezuela’s oil production by one million barrels per day.

According to ambassador Zaemsky, the parties are also discussing the possibility of cooperating on Russia’s Global Navigation Satellite System (GLONASS), which is run by the Russian Aerospace Defense Forces and is currently the second alternative navigational system in operation globally.

Cyberattacks May Cause $8tln Losses in Global Economy