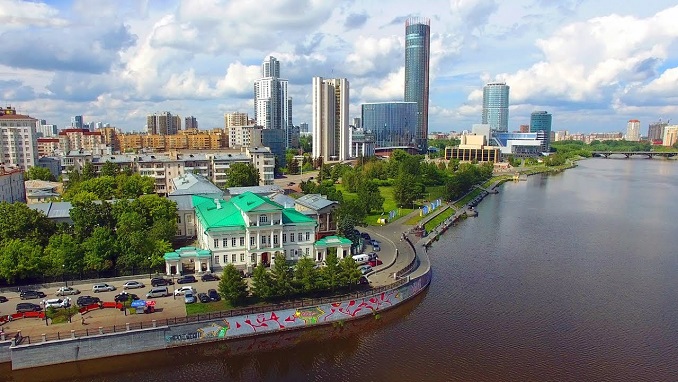 The Russian city of Yekaterinburg is in contention along with Japan’s Osaka and Azerbaijan’s capital, Baku, to host the 2025 World Expo, an event expected to draw millions of visitors and showcase the local economy and culture, TASS news agency reported.

Member states of the Paris-based Bureau International des Expositions are voting Friday on the decision.

Past world’s fairs brought the world such wonders as the Eiffel Tower, the Ferris Wheel and Seattle’s Space Needle — and today’s version is aimed at finding solutions to challenges facing humanity.

World Expos are held every five years; Milan hosted the last one in 2015, and Dubai in the United Arab Emirates is set to host the next one in 2020. Cities also hold specialized exhibitions in the interim years. No U.S. city has hosted a world’s fair since the 1980s.

They can last up to six months and cost millions of dollars to host, but can help put a city on the global map by bringing in international visitors and attention.

Yekaterinburg is trying for a second time after an earlier failure to win the expo, and Russian President Vladimir Putin presented the bid Friday via video message — before a Russian singer tried to rev up the crowd with song and dance.

This time the Russian city, which hosted soccer World Cup matches this year, is promising an expo demonstrating technological innovation and how to balance it with quality of life.

Yekaterinburg is Russia’s fourth-largest city, located on the boundary between Europe and Asia in Russia’s Ural Mountains.