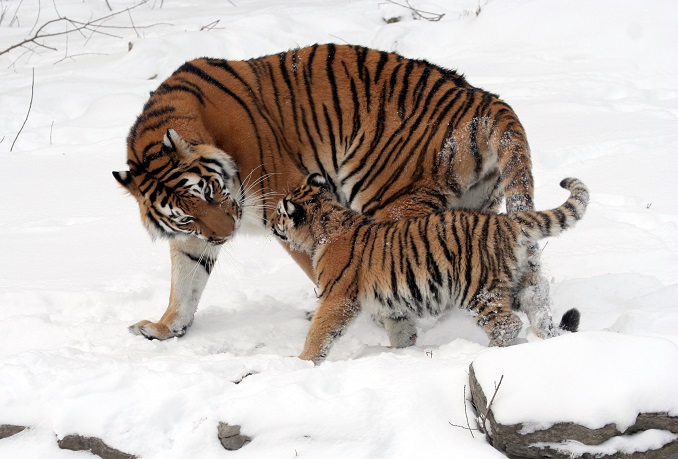 The freezing cold wastelands of Siberia are transforming into habitable regions with milder temperatures as the climate changes brought on by rising temperatures kick in, a new research shows, according to Science Daily.

Siberia and the wider Asian Russia region accounts for 77 percent of Russia’s land area but just 27 percent of its population. Based on the researchers’ calculations, this cold and desolate part of Earth is going to get a lot more hospitable by the time 2100 arrives – and that could lead to the sort of large-scale migration that climate change has triggered in the past.

“Previous human migrations have been associated with climate change,” says forest ecologist Elena Parfenova from the Sukachev Institute of Forest in Russia. “As civilizations developed technology that enabled them to adapt, humans became less reliant on the environment, particularly in terms of climate. We wanted to learn if future changes in climate may lead to the less-hospitable parts of Asian Russia becoming more habitable for humans.”

The climate across Siberia varies enormously, and many parts of it would remain bleak and inhospitable, but the researchers say even mild climate change could make at least 15 percent of the region more suitable for long-term living – and would add a five-fold increase in the region’s capacity to attract and sustain human populations.

“This does not seem like much change for a day, but climatically speaking, this can mean the difference between life and death,” says one of the researchers, Amber Soja from the National Institute of Aerospace at NASA Langley Research Centre.

Under the severe climate change conditions, permafrost coverage would go down from 65 percent to 40 percent.

“The speed at which these developments are developed depends on investments in infrastructure and agriculture, which in turn depends on the decisions that should be made soon,” says Parfenova.

More Than Half of Russians Called The Financial Situation of Their...