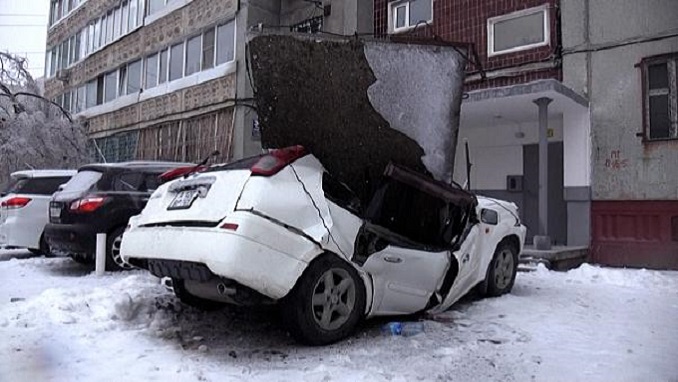 A freak snowstorm that has battered parts of the Russian Far East and left 100,000 residents without electricity for several days is linked to climate change, analysts and activists say, The Moscow Times reported.

The storm that hit the Primorye region and its capital of Vladivostok last Thursday brought down trees and power lines and covered outdoor surfaces in thick ice, prompting a regional state of emergency. The weather phenomenon 6,500 kilometers east of Moscow follows an abnormally mild and snowless winter in 2019 that scientists also attributed to climate change.

Last week’s snow and ice storm in Vladivostok was “a direct result of climate change,” Roman Pukalov, director of environmental programs at the Green Patrol NGO, told The Moscow Times.

“This is a direct result of exceptionally warm temperatures in the Primorye region this fall” where thermostats usually hit zero degrees Celsius in early October, Pukalov said. “Temperatures only just dropped below zero and brought this freezing rain with them.”

Russian climate activist Arshak Makichyan described the storm and its consequences as the result of Russia’s climate crisis, citing a Vladivostok-based activist as saying that thick ice covered every exposed surface due to temperature fluctuations.

Other observers were more hesitant to link the snowstorm directly to climate change, however.

“You can’t attribute a single weather event to a single specific cause,” said Sergei Semenov, scientific supervisor at the Russian Academy of Sciences and the Federal Hydrometeorology and Environmental Monitoring Service’s Institute of Global Climate and Ecology.

“Especially to climate change, since climate by definition is average weather over decades,” Semenov told The Moscow Times.

Last week, a local weather service official said that the 12-millimeter-thick layer of ice that covered the region had not observed there in 30 years.

Sheremetyevo Shows How It Uses Artificial Intelligence to Effectively Plan and...