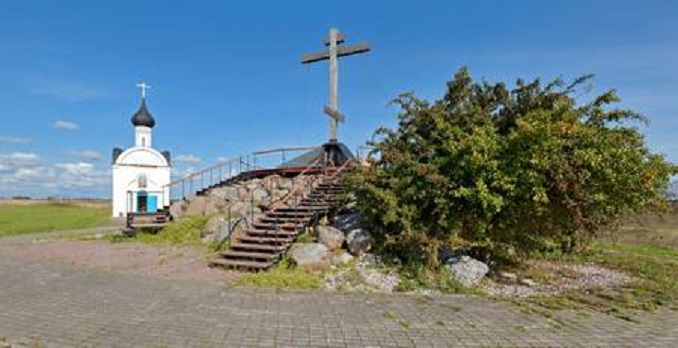 The head of a central Russian region has suspended all works at a limestone production site on a “sacred” natural landmark after violent clashes broke out between environmental activists and security personnel over the weekend, The Moscow Times reported.

Protests broke out at Kushtau hill in the republic of Bashkortostan earlier in August when the Bashkir Soda Company (BSK) began prospecting work at the site 1,500 kilometers east of Moscow. Around 50 protesters were detained and their encampment destroyed following clashes with BSK security contractors and riot police Saturday.

Bashkortostan Governor Radiy Khabirov met with protesters at Kushtau hill on Sunday, where he pledged to halt mining works until they reach a mutually agreed decision.

“No one will enter the Kushtau shihan [hill] and there will be no works there until we find a compromise,” Khabirov told activists, according to a transcript on his administration’s website.

Khabirov backed a proposal to set up a coordinating committee on resolving the standoff over Kushtau and scheduled its first meeting Monday. “We’re ready to examine the situation in fine detail,” he said.

The protesters issued a series of demands including declaring Kushtau a natural monument and releasing detained activists, the tjournal.ru news website reported.

The Kushtau hill is one of four distinct limestone hills formed in the area 230 million years ago and has a unique ecosystem. It is considered sacred in the local community.

Authorities in 2019 granted BSK a 20-year license to develop Kushtau despite public outcry that the development would cause environmental damage.

BSK’s work on another one of the hills, Shakhtau, has led to its “full destruction,” according to Greenpeace Russia. The environmental NGO said BSK settled on developing Kushtau because another hill, Toratau, was a protected resource.