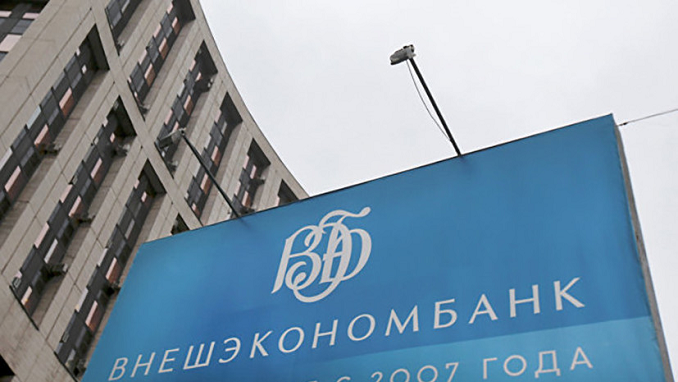 Russia’s ‘Go Green’ ambitions are about to get a significant boost from the VEB.RF corporation, with the focus being on attracting private investments for pursuing national environmental goals, Environmental Finance reported.

VEB.RF is working on the first-ever national standard of green finance to help achieve this goal, in sync with internationally accepted ICMA and CBI criteria, and guided by key pillars of “Ecology,” the nation’s ambitious programme to reduce pollution and promote a sustainable lifestyle.

It will be building on heartening progress made in the country over the past few decades. The nation’s total carbon footprint has been cut by almost 30% since 1990. Coal now comprises merely less than 16% of the country’s energy supply sources – less than in Germany – while natural gas, nuclear and hydro power together make about 63%.

Yet not only carbon emissions should be taken care of. Pollution also needs to be reduced dramatically, and there’s a way to go. A January 2020 report by the Accounting Chamber painted a dire picture of the status quo: about 56 million people (38.6% the population) in 143 Russian cities were breathing polluted air, while 88% of the water used in agriculture and manufacturing did not meet decontamination standards.

Damage from climate change was projected to amount 2-3% annually of the country’s GDP, and in some areas up to 5-6% of the gross regional product.

For example, garbage recycling, or technically non-existence of recycling, became a very publicly visible problem, as huge landfills, sometimes with the volume of a nine-story building account for 97% of trash disposal. With growing consumerism increasing the amount of garbage, new landfills, often illegal, started to mushroom all across Central Russia in 2016-2017.

The industry has not adapted when people’s behaviour mode switched to consumerism, and without strict guidance, followed an expansive growth path – more and more landfills emerged here and there. Protests grew correspondingly, with crowds in the tens of thousands of people from nearby towns clashing with police and construction workers.

There is no quick fix. But the nation’s four-year “Ecology” project has set ambitious – yet achievable – goals since its inception in 2019, including shutting down all illegal dumps, reprocessing at least 60% of all solid communal wastes, reducing pollutants in the air by 22%, the cleaning and restoring major waterways, and a 61% reduction of forest fire damage.

These goals cannot be achieved relying solely on government funding. And VEB.RF is a hub that can help connect the state programme and private funding.

Its chairman, Igor Shuvalov, lists the following priorities of his corporation to support “Ecology”: helping attract 3.2 trillion rubles ($45 billion) from domestic and international markets; making green bonds and other debt instruments focused on renewables more attractive and popular; and promoting the development of new technologies that will make the Russian economy less dependent on fossil fuels.

While government expenditures are important, VEB.RF’s contribution will draw in another key sector focused sustainable development projects. The institution’s focus is creating the environment and stimulus for private investors to participate in such programmes, through a wide range of loans and bonds.

To accomplish this, a non-profit competence centre within VEB.RF will be created to maintain and develop a national green and sustainable standard. Its expert council will include state officials, environment experts, financial market specialists and business community representatives, all part of a methodological and tier one verifier that will be able to issue accreditation to private certification bodies and rating agencies. They, in turn, will become second tier verifiers capable of issuing certificates of conformity to projects and financial products.

Green bonds are already attracting increased interest from funds and investors, and Russia is keen to be part of the trend. Ideas under consideration to make these instruments as attractive as possible include coupon subsidies, tax breaks and subsidies for the process of verification.

Companies wanting to issue green bonds will be helped through a special project finance special purpose vehicle (SPV) that will allow them to obtain government guarantees if the project is deemed critically important to achieving the targets of the “Ecology” programme.

This SPV will also pack together smaller issuers, compliant with green and sustainable standards, but lacking size to issue a Eurobond on their own.

As a national development institution, VEB.RF intends to supplement national incentives with our own. One avenue, among others, would be reducing the loan rates for sustainable projects.

To achieve acceptance by European and British investors and exchanges, our national standard will be closer to EU than Chinese criteria, albeit with a distinct national orientation.

It is highly unlikely that bonds issued for the construction of any sort of coal-fired power plants will be considered ‘green’. Yet it will be possible to issue such instruments to produce filters to capture their emissions.

One difference compared with China: there, the opinion of an independent verifier is not always necessary for obtaining ‘green’ status – not so in Russia. Also, a maximum allowable carbon emission threshold for a project (separately calculated for each category) will be introduced, above which it will be impossible to obtain a green certificate.

A key aim of creating the opportunity for Russian companies to issue green bonds is to pave the way for their entry into the international capital market. That sector’s volume already has grown immensely – from $1.1 billion in 2010 to $223 billion in 2019. But demand is still well above supply, and those offering these instruments may receive a substantial premium.

RZD (Russian Railroads) is a good example. By issuing €500 million of green bonds to the EU market in May 2019, it attracted orders tripling this volume by three times, which helped reduce the borrowing cost from 2.5% to 2.2% per annum.

The majority of investors were pension and investment funds, whose clients’ requests for the ‘greening’ of their portfolios are growing from year to year. There is no reason why other Russian companies cannot repeat this success. And the national standard, compatible with the international one, should help them. Green finance is a good tool to move towards sustainability of the economy. With the adoption of the national standard, it will become just as common as other debt instruments.

But greater issues are at play than financial gain in the process of greening Russia. The country is the world’s largest. It has one of the largest reservoirs of fresh water, vast oxygen-producing forests, and immense biodiversity of global value. Its adherence to the Paris Agreement that the government signed in 2019 is a guarantee that these invaluable assets will be preserved.

Hospital for Patients Recovered from Severe Forms of COVID-19 to Be...