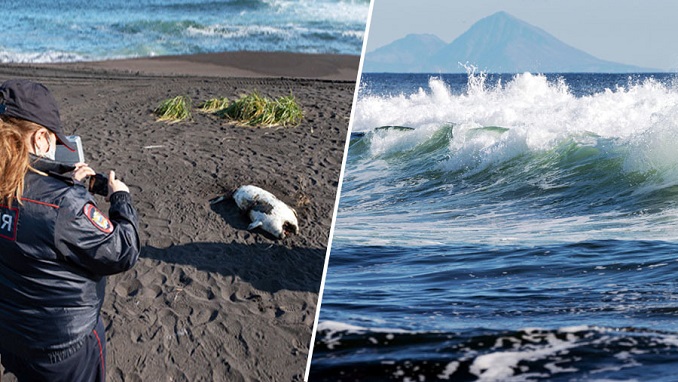 The World Wildlife Fund (WWF) will assist the inquiry into the massive pollution of the Pacific Ocean off Russia’s Far Eastern Kamchatka Peninsula, the regional government said in a statement on its website on Friday, TASS reported.

“We agreed that WWF will join the scientific team studying the environmental incident in Kamchatka’s Avacha Gulf. As early as tomorrow, WWF will share all its data with us, and we will provide it with testing results and conclusions of our scientists,” the region’s governor, Vladimir Solodov, was quoted as saying in a statement.

“We plan to engage this organization into all main expeditions and field research,” he added.

Besides, the chemistry department of the Moscow State University will help to analyze samples collected in the pollution zone.

“The dean of the Moscow State University’s chemistry faculty, Stepan Nikolayevich Kalmykov, has contacted us. <…> They have serious basis for testing and analysis. We responded to the proposal and organized cooperation between the MSU chemical faculty and the Far Eastern Federal University’s team of scientists, who are now working offshore in the Pacific Ocean,” Kamchatka’s acting minister of natural resources and environment, Alexei Kumarkov, was quoted as saying by the press service.

“When scientists collect samples of bottom sediments and biological material, we will promptly send it to Moscow, where specialists will carry out all possible testing in order to solve the mystery that we are now facing,” the official added.

Earlier, the regional government told TASS that scientists from major scientific institutions in Moscow and Vladivostok arrived to Kamchatka to investigate the environmental incident. Russia’s leading scientific centers are helping the inquiry. Kamchatka Governor Vladimir Solodov earlier said he planned to request the assistance of foreign experts as well.

Earlier, experts from the hydrometeorological service detected excessive levels of phenol and oil products in the coastal zone near the Khalaktyrsky beach. Besides, local residents reported a massive release of marine animals on the shore there. Later, phenol and oil products were found in three more areas of the Avacha Gulf. In addition, mass death of marine animals was observed in Bolshaya Lagernaya and Malaya Lagernaya bays and in Babya’s bay.

Deputy Prime Minister and Plenipotentiary of the President of the Russian Federation in the Far Eastern Federal District Yuri Trutnev instructed to investigate the reasons for the massive release of animals ashore. The head of the Ministry of Natural Resources Dmitry Kobylkin said that the ecological situation in the region is being analyzed. According to the ministry, samples of water, air and sand have already been taken. A pre-investigation check is carried out by the Investigative Department of the Investigative Committee for the Kamchatka Region.

Over 700 Troops to Participate in Post-Soviet Security Bloc’s Drills in...