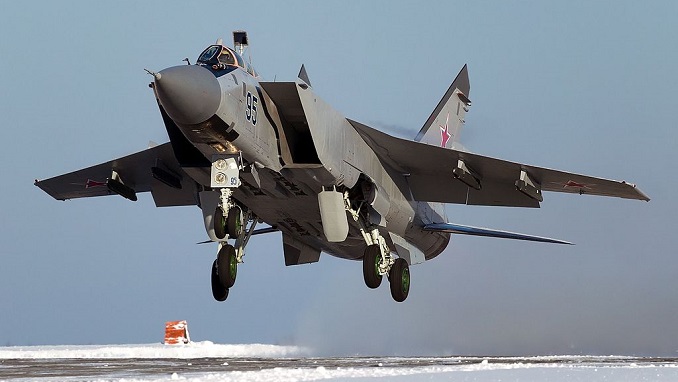 Russia’s MiG-31 fighter jet was scrambled to escort a U.S. RC-135 reconnaissance aircraft over the Pacific Ocean along the southeastern coast of the Kamchatka Peninsula, the Russian Defense Ministry said in a statement on Friday.

According to the ministry, Russian airspace control systems detected an aerial target flying over the Pacific Ocean towards Russia’s border, TASS reports.

“A MiG-31 fighter jet was scrambled from an airfield in the Kamchatka region to identify and escort the plane. The crew identified it as a U.S. RC-135 reconnaissance aircraft,” the statement said, adding that the plane had been prevented from violating the Russian border.

The Defense Ministry said that the Russian fighter jet’s flight was carried out in strict compliance with international rules for the use of airspace. The plane safely returned to its home airfield after turning the U.S. aircraft from the Russian border.