Developed countries have purchased about 60% of vaccines manufactured worldwide and created a shortage of these preparations for developing countries, Chinese State Councilor and Foreign Minister Wang Yi said in an interview published on China’s Foreign Ministry’s website on Monday, TASS informs.

According to the Chinese top diplomat, a “vaccine nationalism” has been established worldwide. “Wealthy countries with 16% of world’s population have acquired 60% of vaccines worldwide. Some developed countries ordered amounts surpassing their own population three-four-fold,” he said.

“At the same time this clearly contrasts with the fact that many developing countries encounter a serious shortage of vaccines, many states have difficulties even obtaining a single dose,” the top diplomat noted. “This gap in [rates of] vaccination [between developed and developing nations] is currently becoming a sad and regrettable reality,” he added.

The minister noted that China helped in supplying vaccines to over 80 countries and three international organizations as well as performed commercial deliveries of such preparations to more than 40 states worldwide. At the same time China is cooperating with 10 countries in developing and creating vaccines and intends to establish regional centers of their production and distribution worldwide. 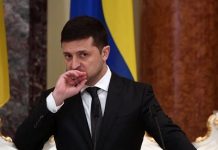 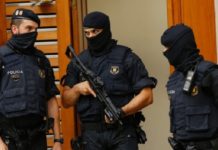