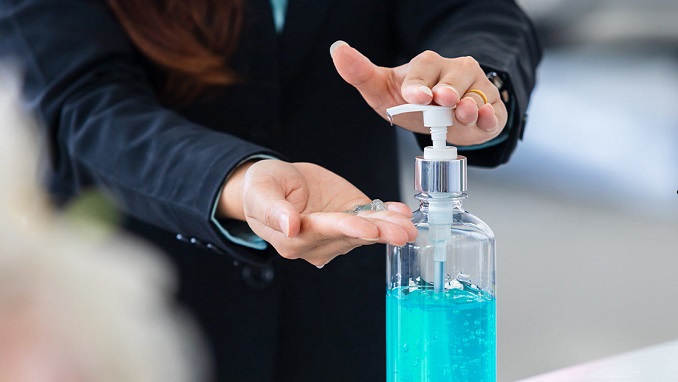 At least seven people in the Far East Russian republic of Sakha have died from drinking hand sanitizer at a party, authorities and news reports have said.

Nine people consumed the hand rub from a five-liter container that they purchased from a local store, the regional branch of consumer safety watchdog Rospotrebnadzor said in a statement Friday. The sanitizer contained 69% methanol, a non-drinking alcohol that is deadly to humans in doses of 30 grams or more, it added.

According to The Moscow Times, three people, two men aged 27 and 59 and one woman aged 41, were reported to have died on the spot. Six others were medevaced to the Sakha capital of Yakutsk, four of whom did not survive.

A man and a woman remain connected to a mechanical ventilator in a coma, health officials said Monday.

The state-run REN TV news outlet reported that the group of friends had consumed the hand sanitizer during a dinner party.

Authorities have opened a criminal investigation into manslaughter.

The republic of Sakha’s branch of Rospotrebnadzor said it had ordered stores and pharmacies to take the methanol-containing hand sanitizer off the shelves.

Rospotrebnadzor said more than 200 liters of the sanitizer had been sold throughout the republic of Sakha some 5,300 kilometers east of Moscow.

In its statement, Rospotrebnadzor pleaded with residents to avoid drinking hand sanitizer.

The latest poisoning follows two deadly “surrogate alcohol” scandals in 2016-17 where dozens died in Russia after consuming non-drinkable alcohol as an inexpensive substitute for vodka.

The World Health Organization said this fall that higher taxes and minimum unit prices have helped Russia’s alcohol consumption to decline and life expectancy to increase since 2003.