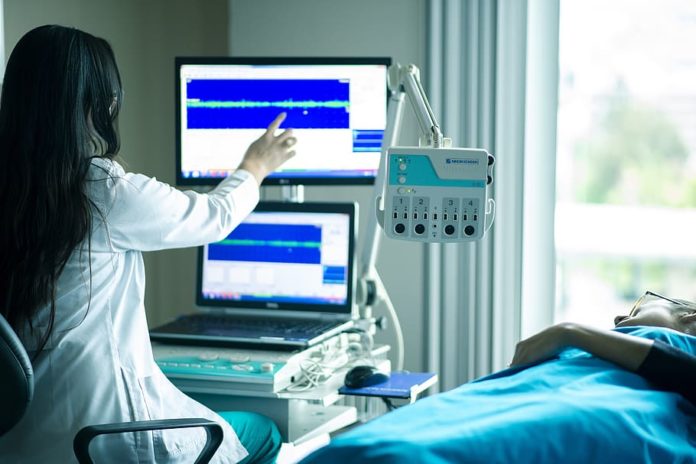 A former nurse who said she quit the Kommunarka hospital after almost two months told the outlet that more than a dozen nursing staff had left in that period. They reportedly quit because they were denied clean protective gear, food and adequate accommodations, and were not paid bonuses promised by President Vladimir Putin.

“Management said: since Putin promised it to you, call and write him,” Open Media quoted the former nurse as saying.

A similar quote with an identical account of mass walkouts, low pay and poor working conditions appears in online communications (presumably between nurses and the hospital’s management) shared by Russian journalist Natalia Andreyeva on Saturday.

Both Andreyeva and Open Media noted that the nurses who walked out had been employed through the outsourcing medical company Arni.

“The company’s management has a lot of connections among [Moscow’s] health department officials, that’s why we have a lot of work,” Open Media quoted an unnamed Arni employee as saying.

Kommunarka’s chief doctor Denis Protsenko denied the reported claims and said that the hospital has “fulfilled its financial contractual obligations” to Arni.

“Although the hospital can’t control third-party organizations’ labor relations, I met with the company’s representatives and together we’ll make every effort to solve this problem,” Protsenko said.

The Kremlin admitted that equipment shortages at individual hospitals “can’t be ruled out,” but said that they do not reflect the overall state of Russia’s healthcare system.

Putin promised 10 billion rubles ($132 million) toward monthly bonuses for healthcare staff nationwide earlier in April. He said doctors treating coronavirus patients would receive an additional 80,000 rubles ($1,059) per month, while nurses, ambulance medics and drivers would get from 25,000 ($336) to 50,000 rubles ($674).

Moscow has reported around half of Russia’s 100.000 coronavirus cases since the outbreak began. Kommunarka is currently treating 644 patients, according to Protsenko.