A third wave of coronavirus can hit Russia in late April or early May, leading researcher of the Gamaleya Center Fyodor Lisitsin believes, TASS reports.

“If expect it at all, a third wave can be expected in late April or early May and it will last at least one or two months,” he told the Rossiya-24 TV channel Tuesday.

At the same time, the researcher underlined that 70% of the Russian population, the number vital to create herd immunity, can be vaccinated by June-July if there are no negative factors affecting the pace of the inoculation campaign.

Earlier, Lisitsin supposed that a third wave can emerge in Russia in late March or early April.

To date, 4,474,610 coronavirus cases have been confirmed in Russia, with 4,088,045 patients having recovered from the disease. Russia’s latest data indicates 95,818 fatalities nationwide. The Russian government set up an Internet hotline to keep the public updated on the coronavirus situation.

In Russia, coronavirus infections are again on the rise. The potential of a fourth COVID-19 wave has been discussed by authorities in Moscow and... 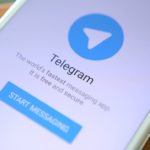 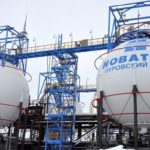 The chief financial officer of the Russian gas company Novatek and his deputy chairman of the board were detained in the United States on...

In light of the significant decrease in octopus catches in Morocco, Mauritania and Indonesia and a collapse in traffic in the Suez Canal, the...

Monster Strike The Movie: To The Place of Beginnings Episode Full