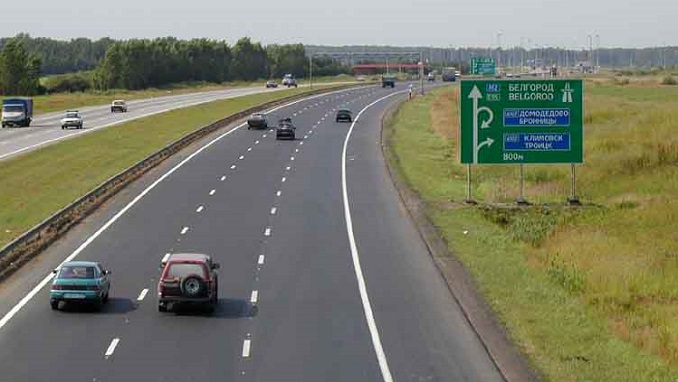 The Russian government has pledged to invest around $40 billion in infrastructure during President Vladimir Putin’s sixth term in office, and authorities are already choosing projects on which to spend the money, Kommersant reports.

According to the business newspaper, projects planned to be financed under the government’s program span all across Russia. They include reconstruction of the 1,879 km-long M5 motorway, which starts in Moscow and ends in Chelyabinsk in the Ural region. The 1,351km-long M7 motorway that connects the Russian capital with several cities on the Volga river has also been included, Kommersant wrote citing a government report.

Other projects include the new high-speed route between Kazan and Ekaterinburg, the development of the Moscow transport hub, and the completion of the Moscow-St. Petersburg motorway.

The selection of projects for the infrastructure spending plan takes place in two stages. The first stage involves the assessment of the projects’ feasibility. The most interesting projects will proceed to the second stage, when a jury will decide which of them will be financed.

The spending plan follows a pledge by President Vladimir Putin to oversee a major upgrade of Russian infrastructure between now and 2024. The ambitious project involves building new roads, and increasing the capacity of seaports. The country is set to develop the Northern Sea Route and increase its cargo traffic to 80 million tons.

Russia is also seeking to significantly upgrade its railroads. The Baikal-Amur and Trans-Siberian railways’ capacity needs to be increased by half, to 180 million tons per year, according to the presidential decree. Russia also needs to increase the capacity of railway approaches to the seaports of the Azov-Black Sea basin. There is also a goal to link more major Russian cities with high-speed railways.

Another target is to create more direct flights between Russian cities. At present, many flights have to be made through Moscow, while the goal is to make no less than half of all internal flights direct, bypassing the Russian capital.

Russia and Saudi Arabia Are Not at War Over Oil Prices:...