Guatemala, he says, has accounted for half of the Russian drug’s batch, according to the newspaper La Hora. Guatemalan officials expect to receive the first doses of Sputnik V within 15 days, according to Giammattei.

Sputnik V has been registered in 59 countries, with a population of over 1.5 billion people. The findings of Phase Three of Russia’s vaccine clinical trials were released in February by The Lancet medical journal, indicating that it was one of the best and most successful in the world. The drug’s effectiveness reached 91.6 percent. 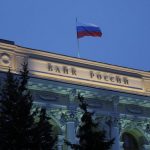 It is still difficult to talk about the appearance of a specific Moscow mutation of the coronavirus, TASS reported quoting the Vector center of... 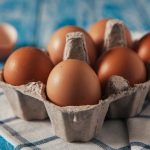 Packaging for eggs made of polystyrene and polypropylene (pet) was included in the list of goods that may be banned in Russia, TASS reported. Pulper...