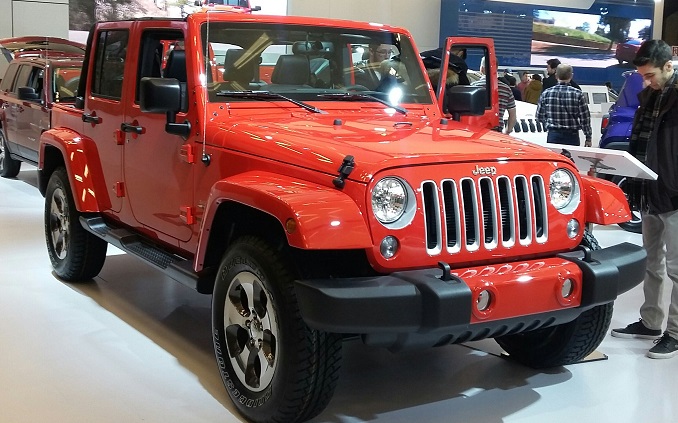 U.S. carmaker Jeep is growing in Russia, although the numbers are still modest, Clubalfa.it reports.

Jeep is a division of FCA US LLC (formerly Chrysler Group, LLC), a wholly owned subsidiary of the Italian-American corporation Fiat Chrysler Automobiles.

Sales of all Jeep models totaled 1,773 units in 2018 in the country, up 39% from 2017, according to Russian Ministry of Industry and Trade data. Last year marked the third consecutive year of growth and was the brand’s best result since 2014.

The Grand Cherokee was the most popular model with 1,009 deliveries, up 34% year-on-year and representing more than 55% of all Jeep sales. The Renegade and Wrangler were the next best sellers.

FCA Russia says the brand’s 2018 result reflected the successful revamping of the Jeep range. Besides the Wrangler, sales of the Compass, Cherokee and the Grand Cherokee’s Trackhawk variant launched last year in the country. The company has not commented on other models that could reach the Russian market this year, but media reports indicate the Gladiator pickup could be among them.

FCA Russia expects further growth this year under general director Luca Patrignani, a former managing director of GM Russia, as the Russian economy continues recovering and the company takes advantage of Russians’ affinity for Jeeps, which became one of the most popular foreign brands shortly after the collapse of the USSR in 1991.

Ministry of Industry and Trade analysts agree Jeep has a good chance of increasing sales in 2019, despite plans to raise prices an average $600-$1,100, depending on the model. The higher prices largely reflect an increase in Russia’s value-added tax from 18% to 20%.

Jeep is a bright spot in Russia for FCA, whose share of the market is estimated at about 0.5%. The automaker’s overall 2018 sales were down 17.3%, mainly because of a 51.1% drop in Fiat deliveries. FCA is scaling back its Fiat range and plans to develop the Chrysler and Alfa Romeo brands in the country. Chrysler sales last year soared 722%, albeit on only 74 deliveries.

anime sites AnimeDao Higehiro: After Being Rejected, I Shaved and Took in a High School Runaway