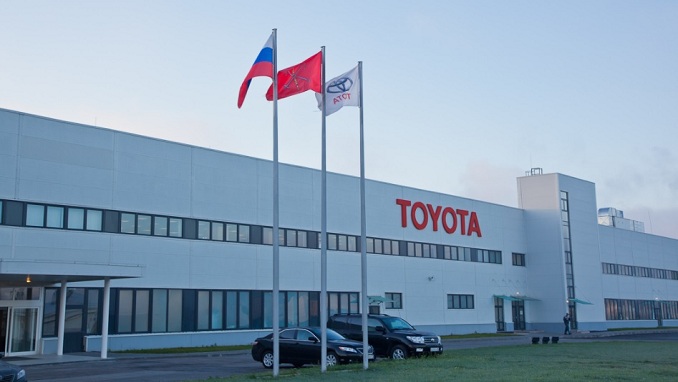 Russian plant of Toyota carmaker in St. Petersburg has resumed full operation on Tuesday, a spokesperson with the company told TASS.

On March 30, the plant suspended the work of the conveyor in line with the decree of President Vladimir Putin on non-working days in Russia due to the coronavirus pandemic.

The company’s spare parts warehouses in the Moscow region and Novosibirsk also reopened on Tuesday.

According to the spokesperson, Toyota fully complied with all the necessary sanitary and epidemiological requirements and recommendations of the Federal Service for Supervision of Consumer Rights Protection and Human Welfare.

Toyota Motor Plant in St. Petersburg was launched in 2007. Currently, the company produces Toyota Camry sedan and Toyota RAV4 crossover at this site. Since November 2011, the plant has been operating in two shifts. The production capacity of the plant is 100,000 cars per year. The plant supplies cars to the Russian market, as well as exports to the markets of Kazakhstan and Belarus.