Home Manufacturing Vokswagen to Halt Production in Russia for Two Weeks Due to Lack... 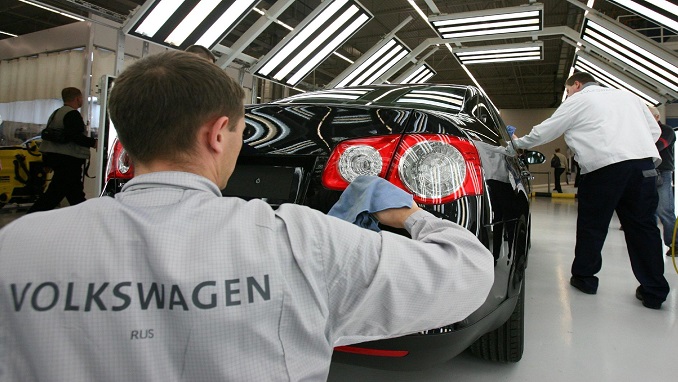 German automotive giant Volkswagen said Tuesday it will stop production in its Russian plant between March 30 and April 10 due to lack of components supplied from European plants, the company told TASS.

“Due to the lack of components supplied from European plants Volkswagen Group Rus will temporarily halt production at the car plant in Kaluga and contract assembly in Nizhny Novgorod for two weeks – from March 30 to April 10, 2020,” the company said, according to the state-run news agency.

“Currently we can ensure stable cars and spare parts supplies to our dealers and clients,” Volkswagen added.

Earlier reports said that the company would temporarily reduce Skoda Rapid production at the plant in Kaluga due to the lack of components.

According to the data provided by the Association of European Businesses (AEB), sales of Volkswagen in Russia decreased by 2% in 2019 to 104,400 units.

Volkswagen last week said its plants in Europe would temporarily shut down for two weeks due to the spread of the coronavirus that has infected more than 330,000 people worldwide, as car manufacturers globally shut factories to both protect workers and in response to falling demand.

“At the moment we can provide stable supplies of cars and spare pasts to our dealers and clients,” Volkswagen Group Rus said.