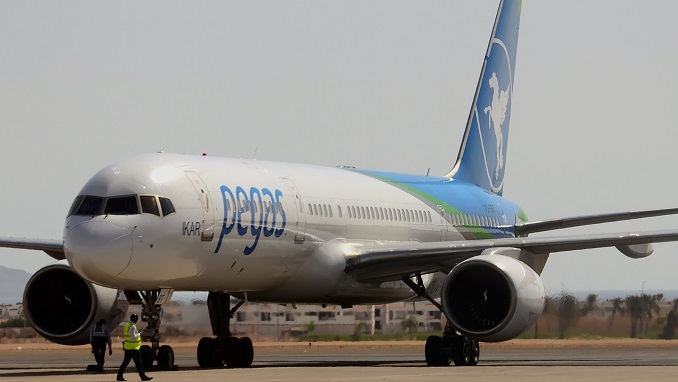 The Russian charter carrier, Nordwind Airlines, is the latest at Hamburg Airport and will operate direct Hamburg-Moscow flights from late April. The initial weekly flight will depart on Mondays. Founded in 2008, the airline has enjoyed steady growth in recent years and currently flies to 75 cities in 17 countries.

The Hamburg-Moscow flight is an “important part of Nordwind Airlines’ network in Germany”, said Anton Mattis, Commercial Director of Nordwind. He added: “We will offer north German passengers on this route a direct connection to Moscow as well as convenient transfers to the airline’s network at Moscow’s Sheremetyevo Airport.” The airline will operate a Boeing 737-800 and Airbus A321 aircraft on the new route.

“We are delighted that the airline is now including Hamburg in its route network, thus significantly increasing the number of seats to Moscow,” said Dirk Behrens, Head of Aviation at Hamburg Airport. Welcoming a new airline to Hamburg Airport was a particularly positive signal in the corona crisis. Last year, commercial aircraft movements at the airport fell by around two-thirds. However, some airlines have announced plans to increase their services at Hamburg Airport from 80 direct destinations at present to around 105 in the upcoming summer season.

Rostec to Use UAE Defense Exhibition to Target Mideast Market