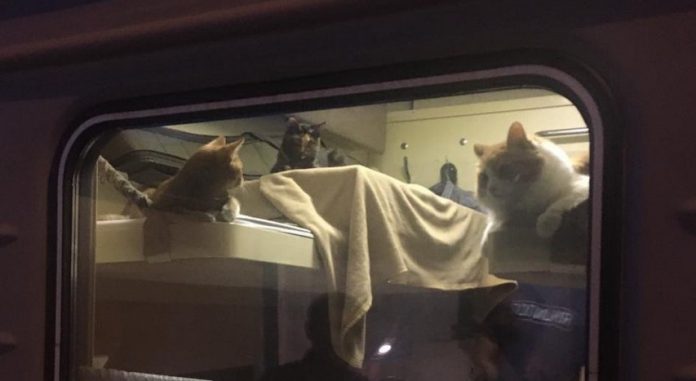 A Russian cat lover has bought out all the seats in his train compartment for his feline friends, The Moscow Times reported.

A photo snapped by an eyewitness showing three cats gazing curiously out the window from the upper seats of a train compartment went viral on Russian social media this week.

“A passenger heading from Moscow to [the southern resort town of] Anapa bought the entire compartment for his cats,” the “What’s Up in Moscow” Telegram channel wrote.

No further details were provided.

Observers on social media were quick to label it “kotokupe,” a Russian portmanteau that translates as “cat compartment.”

According to the Rossiiskaya Gazeta government daily, the Russian Railways-owned North Caucasus Railway which runs through the Krasnodar region said it was asking the train conductors for details.

State-owned Russian Railways said passengers can bring their pets onboard as long as they buy a separate seat for each of them, adding that the animals have to be placed in travel carriers.