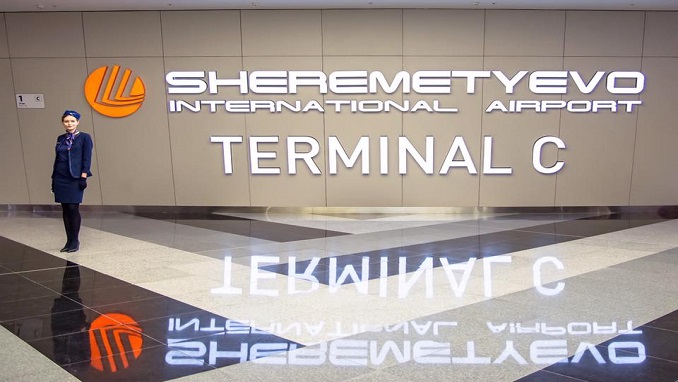 Sheremetyevo Airport has long been Russia’s main international air hub, and as such, the specific features of its security systems and their continuous strengthening is among the top priorities for the airport’s officials.

According to Viktor Yermakov, Deputy Director General for Aviation Security, Sheremetyevo International, the airport is constantly keen on improving the quality of inspection procedures, and in the process to ensure its passengers’ safety.

“The standard set is typical for all airports: single- and twin-projection X-ray television scanners for baggage inspection, CT scanners for pre-flight inspection, multi-zone stationary metal detectors, hand-held metal detectors, and portable gas analyzers. Microwave portals are used as additional equipment after the metal detector frames. They improve the quality of the inspection procedure, especially during the winter period, when a person has a lot of clothes on,” Yermakov said in an interview with the Transport Security and Technologies magazine.

Some of the innovations used in terminals B and C include technical solutions such as CCTV cameras, which allow, among other things, to search in the passenger flow, Yermakov pointed out.

“Also, there is a transport safety management point for the entire terminal complex of Sheremetyevo-1, the cargo complex and the new Runway #3. Terminal C uses Grade III security standard, where high-speed CT scanners are already at the 1st level of baggage inspection. Passengers and their cabin baggage are inspected using an automated system with sorters and tray return, and inspectors process the image from the scanners during carry-on inspection in a separate operator room in order to rule out the human factor of being next to the passenger,” he noted.

However, there is always room for improvement, Sheremetyevo’s airport authorities stress, adding that aside from the necessary equipment, there are lots of other measures that can contribute towards establishing a better airport security system.

“You cannot rely exclusively on a scanner, inspector, frame or dog. Equipment is but the “last frontier,” it is rather for the identification of an unprepared and lone intruder. If we are talking about neutralizing a trained and targeted terrorist group, then your search should be augmented by a complex of measures carried out both by the FSB and the Ministry of Internal Affairs, as well as by in-house security services identifying disloyal employees and risk group members. At the same time, the “last frontier” itself is certainly important, and what ultimately gets on board an aircraft largely depends on its quality and technical condition,” Yermakov said.

Sheremetyevo International Airport is the largest in Russia in terms of passenger and freight traffic, takeoff and landing operations, the area of the airport complex, and the cargo complex capacity. Its route network includes more than 220 destinations. It is on the list of the ten largest air hubs in Europe and the 50 busiest airports in the world. It has five passenger and two cargo terminals.

Last year, the airport served 49,933,000 passengers, which is 8.9% more than in 2018. The airport is implementing its master plan to build up a system of transport security measures until 2022, with due account for its long-term development and modernization strategies.