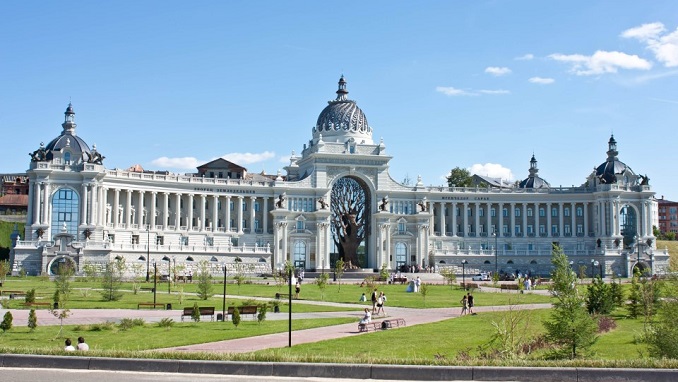 The Russian Agriculture Ministry has asked several agencies and authorities as well as retailers and industry associations, to submit proposals on changes to be made in Russia’s food security doctrine, Vedomosti reports.

The Ministry has already received proposals from the Moscow School of Management Skolkovo and the Agrofood policy center at the Russian Presidential Academy of National Economy and Public Administration (RANEPA), the report says.

The current doctrine approved in 2010 expires in 2020. Its main criterion for gauging food security is the share of locally-made food in total national consumption. The targets have been reached and outshine in all sectors, excluding dairy and salt, the authors of proposals told the paper, adding that they believe the tasks related to import substitution are obviously insufficient.

The doctrine drafted by the Agriculture Ministry jointly with other departments, unions, and associations, takes into account “external and internal conditions that have changed,” the report says. It points to sanctions and counter-sanctions, international economic ties that have refocused on the east, accelerated agriculture growth, and rising exports of agriculture products.

Moreover, Russia has joined the WTO, the ruble exchange rate has dropped, similar to real incomes, the authors of the proposals say. Currently, the doctrine assumes that food supplies to Russia may be suspended based on political motives, though it rarely happens in times of peace, they note.

The ban on trade with certain countries can be offset through trade with others. Nevertheless, the Agriculture Ministry has included vegetables, fruits and seeds of basic crops in the list of products required for self-dependence.