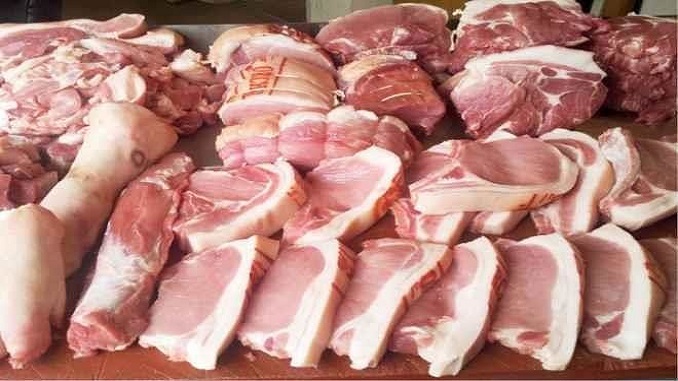 The company looks to expand in Asia and help alleviate a shortage in the world’s biggest market.

“Rebuilding pork production isn’t easy,” Cherkizovo Chief Executive Officer Sergey Mikhailov said in an interview on Friday. “Large companies in Russia, including ours, have dealt with outbreaks of the fever and understand how to fight it.”

African swine fever has halved China’s once 400 million-strong hog herd since 2018, and the country’s imports of pork, beef and chicken have soared as domestic prices jumped. Talks to set up a joint venture pork producer and exporter either in Russia or China, which could hold 5 million to 10 million hogs, are at an early stage, Mikhailov said. He didn’t disclose who potential partners may be.

Pork production costs are either lower than or comparable to the U.S. and Brazil, due to cheap farmland, animal feed and electricity in the country, Mikhailov said. Russia hasn’t exported pork to China as it deals with its own outbreaks of the hog virus, though there have been talks about starting trade and China started imports of Russian poultry this year.

Cherkizovo, Russia’s second-biggest pork producer, is looking to expand in China to boost sales of pork as well as chicken. Russia was a big importer of food in previous decades, but has now become self-sufficient in poultry and pork and is looking for export markets.

“Russia is a new player in the meat market,” Mikhailov said. “It’s unusual for many people and different from what happened in past years. Before, everybody got used to us being one of the largest importers of meat.”

Russia Turns to U.S. for Medical Aid amid Coronavirus Pandemic