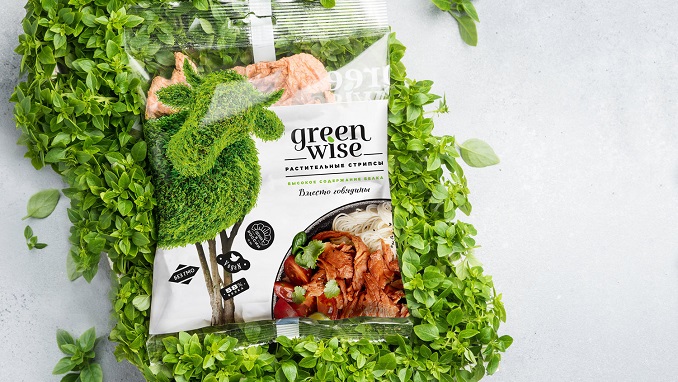 A Russian company called Greenwise is now shaking up the global faux meat sector, with its three young founders figuring out how to make a plant-based meat replacement that tastes like the real thing, Meduza writes.

The company manufactures its own products in a small town called Maloyaroslavets, about a two-hour car ride south of Moscow.

“We’re doing well on the Russian market. Each month our sales are three times bigger than the previous month,” says Georgii Zhelesnyi, co-founder and accountant of Greenwise. He and his business partners, Yulia Marsel and Artyom Ponomarev are sitting next to him at an inexpensive café in central Moscow. They are all under 30.

A decade ago, the demand for vegan and vegetarian products began to grow rapidly across Europe and in North America. By 2018, the global vegan food market size was valued at $12.69 billion and expected to expand to over $24 billion by 2025. Vegetarians and vegans account for only part of this growing demand. Consumers who eat meat are convinced that cutting down on animal protein has major health benefits, so omnivores are also in the market for meat substitutes, Meduza writes.

“In 2020 we’re preparing to introduce some new products. Our profits should amount to about 60 million rubles [just under $1 million]. We want to take over about one-third of the Russian market over the course of the next year. Not just with two products [which they sell now], but a whole line of them,” said Zheleznyi, continuing to praise his company.

The two products he mentions are soy and wheat-based meat and jerky. The jerky can be eaten straight out of the pack, or you can use it for cooking. If you cook it, it needs to be soaked, then you can fry, boil, or braise it. The list of recommended recipes includes beef stroganoff and cheeseburgers with “beef”, rolls with “chicken”, or salad with “bacon”. The type of meat the plant-based protein will resemble depends on how you prepare it and the spices you use, the young entrepreneur explains.

These plant-based meat alternatives resemble animal protein, but they are made from 100-percent plant-based products and contain between 35 and 58 percent protein. “They are juicy and chewable,” says Zheleznyi. The meat-like “chewability” of their products is Greenwise’s main selling point: they are convinced this trait will ensure their success on the global market.

Greenwise has grown as a family business. Artyom, who oversees production at the firm, brought his wife on to create a marketing division.

“I didn’t have any experience in the field. My first degree was a bachelor’s in criminal law, and my second degree was in law and digital technologies,” said Artyom. “I had never had anything to do with public relations, marketing, or communications before. They just sad, ‘Yulia, help!’ And I started to help with rebranding, with networking with people from the industry. I started to create a name for us.” Yulia is now in charge of product promotion.

Huawei to Open Third R&D Center in Russia This Year