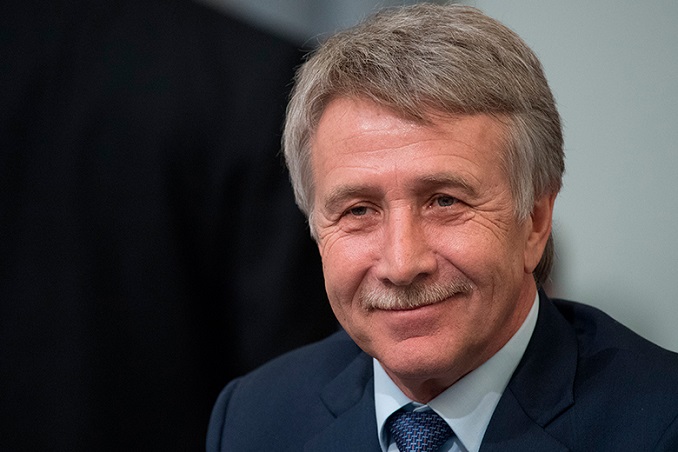 The venue is located in a century-old power-plant in central Moscow that is being redesigned with great pomp by Italian ‘starchitect’ Renzo Piano.

The enormous space is set to house galleries, cafes and art residencies, and is to open its doors in September 2020, Mikhelson told a press-conference.

The billionaire toured the cathedral-like site Monday, accompanied by daughter Victoria and the frail-looking, 82-year-old Piano.

At the press conference, Piano recounted that when the two first saw the power plant, he told Mikhelson “he had to buy all the buildings around to demolish them and let light flood the place,” a major task in a neighborhood just across the river from the Kremlin.

Sitting on the Moscow River, the venue keeps the original 1907 structure of the power plant which had supplied the Kremlin with electricity, but which will now have solar panels on the roof to consume less energy, and a birch grove.

Mikhelson’s fortune is estimated by Forbes at $27.3 billion, the largest in Russia, according to the 2019 Forbes ranking. He is the founder and chief of Novatek, the largest private gas group in Russia, which is currently under U.S. sanctions, and a shareholder of the Sibur petrochemical company.

“I’ve built many things in my life… but this project is the most important to me,” Mikhelson told journalists.

An avid art collector, the gas tycoon has amassed $200 million worth of works by Francis Bacon, Amedeo Modigliani, Gerhard Richter and others, which will find their way into GES-2.