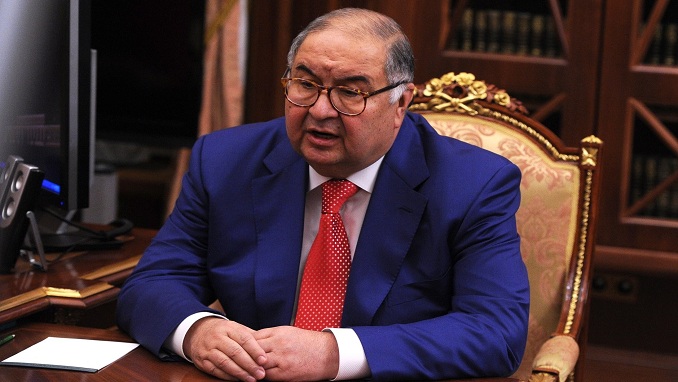 Usmanov, who is a former shareholder in another English football club, Arsenal FC, describes himself as a Gunners fan and held 30 per cent of the club until selling his shares to U.S. magnate Stan Kroenke in 2018.

But the Russian businessman could now turn his attentions to another Premier League club, with Moshiri already established as Everton’s majority shareholder, British media write.

Asked by the Financial Times if he could invest in Everton, Usmanov said: “Yes, with great pleasure, if [Moshiri] asks. I am thinking about my investment in this club. [But] I cannot reject Arsenal. I will not leave them as a fan. But if I join Everton, then I will wear an Everton shirt, because I am a professional.”

Usmanov’s holding company USM has sponsored Everton’s Finch Farm training ground since 2017, and the 66-year-old has expressed his interest in the naming rights of the club’s proposed Bramley-Moore Dock stadium.

“It’s not obligatory for me to participate myself. I could sponsor them. I could be a shareholder. They’re going to build a new stadium. Why not the USM Arena?” asked Usmanov.

The Uzbek-born Russian businessman has an estimated net worth of $13.0 billion, according to Forbes. Usmanov built his wealth through metal and mining operations, and investments, and is the majority shareholder of Metalloinvest, a Russian industrial conglomerate. He also owns publishing house Kommersant and is a co-owner of Russia’s second-largest mobile telephone operator, MegaFon, as well as internet company Mail.Ru Group.

Russia’s First 5G Network to Bring Plenty of Opportunities for Its...