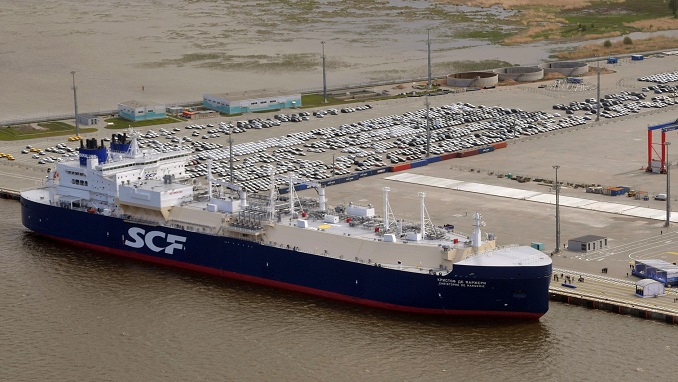 China’s state run shipping conglomerate Cosco is in talks to take a stake of up to 49% in Russia’s largest state-run shipping firm Sovcomflot, according to Morvesti.ru.

The Chinese giant has tabled a bid to take an initial 30% stake, rising to 49% in the future, the report says. Russian authorities have tried and failed for years to seek a way to get Sovcomflot to list.

The threat of tougher U.S. sanctions against Russia, which makes any U.S.-based investor very wary of investing in a Russian entity, is an important factor for Sovcomflot’s IPO decision, Russian media wrote.

“Sovcomflot plans for listing to raise money for growth have been repeatedly postponed for economic and political reasons. As Russia-China cooperation develops, this investment stands to be a win-win for both sides. Sovcomflot’s LNG expertise may be of particular interest to Cosco,” he said.

Sovcomflot currently operates nearly 150 vessels, among them 79 tankers, nine LNG carriers, four LPG carriers and ten OSVs. The company also has seven new ships being built, set to be delivered in 2019 and 2020. Were they to combine, Cosco and Sovcomflot would become the world’s largest tanker and LNG carrier company.

Russia is the largest supplier of crude oil to China, accounting for nearly 15% of China’s total imports in 2017, and with the opening this year of the Yamal LNG project, the world’s largest nation is also on track to export more gas to China in the coming few years.

Sergey Frank, Sovcomflot’s President, said at the recent St Petersburg International Economic Forum (SPIEF) that the opening of the Northern shipping route is providing China huge opportunities as China looks to use it to complete a major part of its maritime silk road. China has made much press in recent months about adding a polar link to its Belt and Road Initiative.

“The search seems to be over, competitively priced capital is found. While other tanker companies have engaged in more traditional sale and lease back arrangements to raise cash in order to stem the pressure of the terrible freight markets, this is much more far-reaching way of handling a stressful situation,” he says.

ANIMEFLIX So I'm a Spider, So What? Episode 17

ANIMEFLIX Rascal Does Not Dream of Bunny Girl Senpai

Online Fraud in Russia Soars in First Two Weeks of 2019

Former NASA Chief Says He Was Both Scared and Excited by...