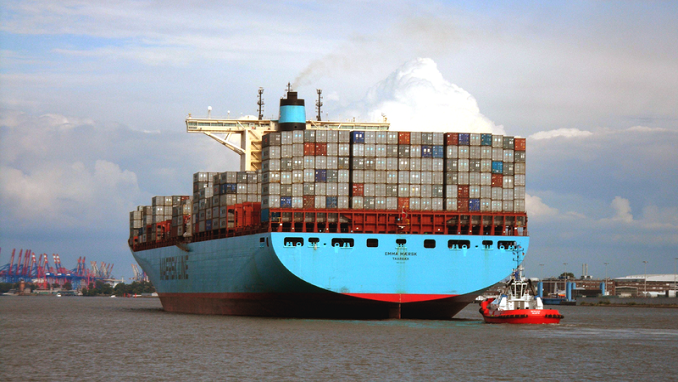 A shipyard in China has reportedly refused to finish repairs of a Russian vessel said to be involved in the transfer of refined petroleum products to North Korean vessels over fears of U.S. sanctions, Dialog.ua reports.

Russia’s Gudzon was one of two Russian shipping companies and six vessels – including the Neptun container ship – that the United States Treasury sanctioned for the alleged transfers in August. Russia denies the allegations that it supplied North Korea with refined petroleum products in violation of UN Security Council restrictions and has called the sanctions groundless.

The Neptun container ship has been stranded at a port in eastern China over a dispute with the port’s management about repairs, the Gudzon shipping company told the RBC news website Wednesday.

“The vessel stands idle for unreasonably protracted repairs due to the company management and subordinates’ sabotage caused by their fears of secondary sanctions against the plant,” Gudzon was cited as saying.

Some of Neptun’s crew members have spent four months in the port of Nantong instead of the one month initially agreed for repairs, a spokesperson told the state-run TASS news agency.

“They’re in a difficult moral situation and under stress,” the unnamed Gudzon representative was quoted as saying.

On Thursday, the spokesperson said the repair company had charged Gudzon three times more for services and allegedly threatened to cut off the ship’s power supply and raid it in response to threats of litigation.

Another sanctioned Russian-flagged vessel, Sevastopol, was briefly held in the South Korean port of Busan this month.

Russia’s New Aircraft Carrier Unlikely to be Built Before 2035