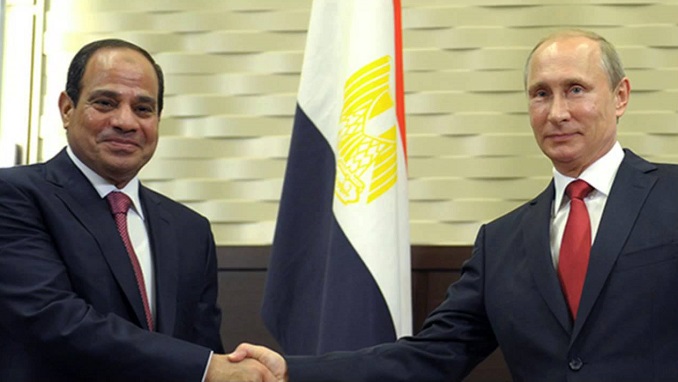 Egypt and Russia are set to sign a bilateral agreement on Wednesday that paves the way for the development and operation of an industrial zone in Port Said, aiming to attract $7 billion in investments, Menafn reported.

Russia’s Minister of Trade and Industry Denis Manturov and his Egyptian counterpart Tarek Kabil will sign the agreement during the 11th meeting of the joint Egyptian-Russian Commission.

The Russian Industrial Zone in Egypt, located in East Port Said and built on a 5.25 million-square-meter plot of land over three phases, has been under negotiation between the two countries since 2014.

The Russian Trade Ministry described the upcoming signing as a “historic milestone in the development of bilateral ties between Rusia and Egypt.”

The industrial zone, which will serve as an international hub for producers aiming to export to the Middle East, Europe, and Africa, is expected to generate 35,000 jobs.

Both sides will also discuss boosting ties in several fields, including energy development, delivery of agricultural products, railway engineering, and the aviation industry.

The statement specified that the talks would cover Egypt’s first-ever nuclear power plant at Dabaa, which is being built in cooperation with Russia on Egypt’s North Coast.

The two countries have been aiming to bolster economic ties along their shared interests within the framework of their strategic relationship.

Last year, trade between Cairo and Moscow reached a total of $6.712 billion.

As of January 2018, current Russian investments in Egypt were estimated at $66.49 million from 424 companies in the fields of tourism, construction, industry, communications, information technology and agriculture.