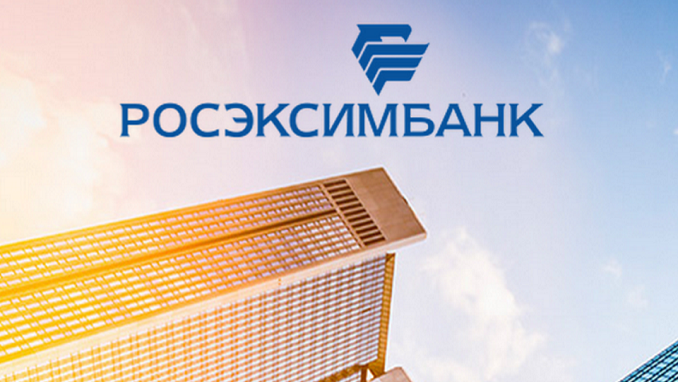 Eximbank of Russia, a part of of the Russian Expo Center Group, opened the first correspondent account in Uzbek currency for Russian banks, at the same time opening several accounts in rubles for Uzbekistan’s banks, which is aimed at expanding the capabilities of exporters and importers of the Russian products, the Russian Export Center (REC) announced on Thursday, TASS reports.

“Eximbank of Russia JSC opened the first correspondent account in Uzbek soum for Russian banks. At the same time, several LORO accounts (correspondent accounts opened for respondent banks —TASS) in Russian rubles for Uzbekistan’s banks were opened. The REC group expands the capabilities of exporters and importers of Russian products on operations in the national currencies of countries which are Russia’s key trading partners,” the press service said.

“The creation of infrastructure solutions to stimulate the use of national currencies in international payments will reduce exporters’ financial risks by actually synchronizing the flow of revenue and liabilities of enterprises in one monetary unit. As a result, we can expect a decrease in contract breach risks,” the press service quoted Nikishina as saying.

According to the press service, even before the introduction of restrictive measures amid the novel coronavirus pandemic, the REC management held several meetings with potential issuers of bonds in Russian rubles from Uzbekistan, discussed the insurance of bond issues at the Russian Agency for Export Credit and Investment Insurance (EXIAR, part of the REC group). Such insurance, as expected at the REC, stimulates the transition of companies in Russia and Uzbekistan to payments in national currencies.

“We discussed the details of the deals, and we hope that these developments will allow us to make first such deal before the end of this year. There is a growing demand for financing in rubles from Uzbekistan,” Nikishina said, adding that when financing the export of high-tech products from Russia in rubles, there is a program of preferential financing by the Russian Ministry of Industry and Trade.

“By implementing this practice we follow our export flows. In some regions where there is a constant volume of export deliveries from Russia, we are already actively structuring financing deals, in some regions we are at the stage of creating infrastructure for the future. This and the opening of accounts, and establishing relations with major players on the financial markets of these countries,” Nikishina noted.

The REC General Director also said that the Russian Export Center, while understanding that the needs of foreign trade players are not limited to calculations and financing, is actively involved in the further development of the financial market infrastructure in national currencies.

“An important element for encouraging exporters to choose national currencies in their calculations is the availability of financing. I refer not only to the possibility of getting it, but, first of all, financing on favorable terms both at the timing and the rate. The next most important aspect, of course, is the development of currency trading instruments of the countries Russia partners with, including risk hedging instruments on foreign exchange and national trading exchanges,” Nikishina said as quoted by the REC press service.

The Russian Export Center is a state-owned institution supporting Russia’s non-energy exports, which is designed to provide Russian exporters with a wide range of financial and non-financial support measures. REC was created as part of the state development corporation VEB.RF. The Russian Export Center Group incorporates the Russian Agency for Export Credit and Investment Insurance (EXIAR JSC) and Eximbank of Russia JSC.

Russian Chargе d’Affaires in US Summoned to Department of State