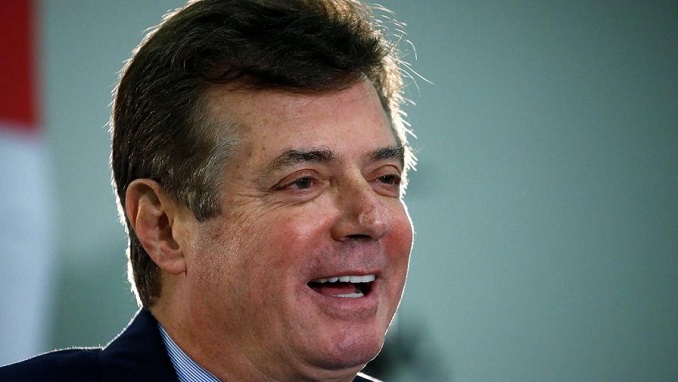 Paul Manafort, who entered the plea on March 8, faced a second set of bank and tax fraud charges that were filed last month by Special Counsel Robert Mueller.

Mueller filed the updated charges last month against Manafort and his deputy Rick Gates, in what was seen as a bid to pressure the two men to cooperate with Mueller’s investigation.

A day after that new indictment was issued, Gates announced he would plead guilty, and agree to work with investigators.

The charges Manafort faces stem largely from his work as a lobbyist prior to his joining the Trump presidential campaign in early 2016, though prosecutors say the allegedly criminal acts continued while he served as campaign manager.

Manafort was fired by Trump in August 2016 amid revelations of off-the-books payments by a pro-Russian Ukrainian political party.

But Ellis also pushed Manafort’s defense team, which resisted a quick trial date. When Kevin Downing, the lead lawyer for Manafort, said that in a perfect world “with rosy glasses on,” the Virginia trial would start in November, the judge retorted: “You need to go back to the optometrist — that isn’t going to happen.”

The judge asked whether Manafort’s team expected to challenge the authority and scope of Mueller’s mandate — an argument Manafort is making in a separate civil suit in Washington, D.C. federal court — and Downing said yes.

If Manafort is convicted in either the Virginia or D.C. case, it could amount to a life sentence since he is 68 years old.

The question of Russian interference has overshadowed Trump’s administration. Three congressional committees are probing the issue, and Mueller has indicted or secured guilty pleas from 19 people and three Russian companies.

Internet Piracy in Russia in Decline after Years of Growth

Russia Destroyed 26,000 tons of Western Food in Response to Sanctions