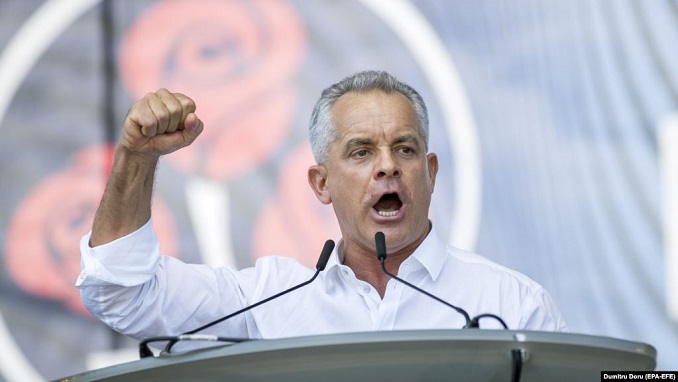 A prominent Moldovan businessman and ex-leader of Moldova’s ruling-turned-opposition Democratic Party, Vladimir Plahotniuc, has been charged in absentia of setting up and participating in a criminal group, Interfax reports.

Judge Anatoly Belyakov of the Tverskoy court in Russia’s capital on Monday ruled to “satisfy the investigator’s motion and place Plahotniuc in custody in absentia.”

Under the court’s ruling, the pre-trial restriction measure will be in place since the oligarch’s extradition to Russia or his detention on Russian soil. According to investigators, Plahotniuc has fled to the U.S..

Plahotniuc’s attorney Darya Konstantinova told the court that her client was innocent, asking it to decide against his arrest in absentia. She insisted that the prosecution against Plahotniuc in Russia was “politically motivated.” The prosecution said it will seek the defendant’s extradition to Russia.

Plahotniuc is charged with setting up and participating in a criminal group and carrying out illegal transactions in foreign currency and rubles to the accounts of non-residents using fake documents. Besides, Plahotniuc’s henchman, professional kickboxer Constantin Tutu, has also been charged in absentia with taking part in a criminal group.

On February 22, the Russian Interior Ministry pressed charges against Plahotniuc and businessman Vyacheslav Platon over organizing the so-called Moldovan scheme, under which more than 37 billion rubles ($569 million) was illegally funneled out of Russia.

In April 2017, Platon was sentenced in Moldova to 18 years in jail for illegal transfer of funds from Russia. In 2017, Plahotniuc was arrested in absentia by Moscow’s Basmanny court upon the demand of the Russian Investigative Committee and was put on an international wanted list. The investigators suspect that he could have masterminded a failed assassination attempt against businessman Renato Usatii.

The Interior Ministry is also investigating a criminal case against the leaders and participants of a transnational criminal group, which smuggled large-scale batches of hashish from North Africa via EU countries to the former Soviet states, and also illegally selling drugs in Russia.