Russia’s state-run defense and technology giant Rostec expects an increase in the volume of Russian cars exports by the end of this year, the company’s Director for International Cooperation and Regional Policy Viktor Kladov said in an interview with TASS on Wednesday.

“I expect that,” he said when asked whether the supplies of cars to international markets might demonstrate growth.

“Exports both of trucks (Kamaz) and light vehicles (Avtovaz) are steadily growing. That growth was particularly strong last year. We suggest that assembly be localized in a number of countries, though in each case it should be addressed carefully as it is necessary to think the key regions, the market ahead,” Kladov added.

According to the data provided by Russia’s Federal Customs Service, exports of light vehicles from the country gained 10.1% in 2018 to 93,500 units, while trucks exports rose by 3% in the same period to 15,000 units.

But the Russian car market’s growth was far more modest from January to April 2019 – a mere 1%, before a decline happened later this year. According to VTB Capital, the market could end up flat to slightly positive for the year, depending on the efficiency of government support in stimulating demand for the remaining months of the year. Avtovaz’s Lada brand remains the market leader with a 21% market share. The company continues to outperform the market and grew 5% year-on-year in August.

The United States authorities are not holding consultations with Germany with the aim of reaching an informal agreement that would allow the completion of... 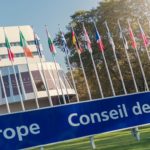 Twenty-five years after joining the Council of Europe Russia is set to actively cultivate cooperation with the organization and its member-states, and the rumors...

A Soyuz-2.1b carrier rocket with a Fregat booster and Arktika-M weather satellite blasted off from the Baikonur spaceport, according to a broadcast on the...

Czech Republic counts on supplies of Russia’s Sputnik V vaccine against coronavirus in the near future. The country’s President Milos Zeman told the local...

Russia’s coronavirus case tally rose by 11,359 in the past day to 4,246,079, the anti-coronavirus crisis center told reporters on Sunday. In relative terms the...

Is It Wrong to Try to Pick Up Girls in a Dungeon? (Dub) Episode 13 at website https://crunchyrollfree.com crunchyroll 1 month free