The Russian currency held firm on Tuesday as the Bank of Russia was set to break a five-month hiatus in foreign exchange purchases, Reuters reported.

The Russian central bank halted forex purchases in August when the ruble was especially volatile and was set to resume them on Tuesday.

A U.S. Senate voting on Tuesday on a resolution criticizing the Trump administration’s decision to ease sanctions on companies linked to Russian businessman Oleg Deripaska was also affecting the ruble.

The measure is unlikely to pass given the Republican majority in the chamber.

Russian stock indexes were also higher. The dollar-denominated RTS index was up 0.2 percent at 1,149.39 points. The rouble-based MOEX Russian index was 0.33 percent higher at 2,448.86 points.

Russian Finance Minister Anton Siluanov said last month he did not expect any significant ruble volatility this year under his ministry’s baselines scenario.

Russian banks have asked the central bank to resume buying gold for its reserves with exports of the precious metal hobbled by the coronavirus... 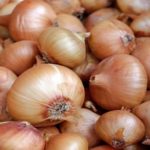 A sharp increase in onion prices in the Ukrainian market have caused a real stir, leading some companies to consider imports from Russia, EastFruit...

As Moscow recently signaled a possibility of a new oil deal with Riyadh, the forthcoming OPEC+ summit scheduled for April 9 can become a... 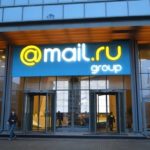 Amid a sharp increase in the popularity of video calls, one of Russia’s top IT companies, Mail.ru Group, has decided to relaunch and rebrand...

Russia Should Collect Blood Plasma From Patients Who Recovered From COVID-19: Experts

Experts interviewed by Izvestia say Russia should set up a center for collecting donor blood plasma from patients who have recovered from a coronavirus...

Russia May be Forced to Delay $55bn Energy Modernization Project