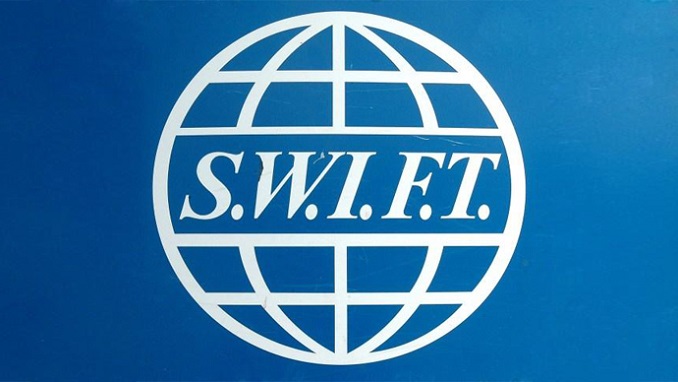 A financial messaging transfer system created by the Russian central bank, meant to serve as an alternative to the country amid the potential threat of Russia being cut off from SWIFT, is expanding its reach, Russian media report.

The system will be used not only in the members of the Eurasian Economic Union (EAEU), but also in member-states of the Association of five major emerging national economies: Brazil, Russia, India, China and South Africa (BRICS), a source close to the Bank of Russia told Izvestya.

According to the source, the system envisions interweaving its operations between BRICS countries. This means that credit organizations and companies from this organization may join the Russian countertype of SWIFT in the future, bankers familiar with the project to expand the national system’s coverage explained.

The Central Bank confirmed to the newspaper that entities from BRICS states are considering tapping into Russia’s payment system.

“As of today, the system’s participants are banks, the federal treasury and other legal entities. Moreover, legislation does not restrict foreign credit organizations’ participation in the system. Currently, as part of EAEU cooperation, the Bank of Russia together with the central banks of other countries are developing mechanisms, particularly using new financial technologies enabling the cooperation of banks and their clients for cross-border transactions in the Eurasian space. Collaboration with BRICS states in this area will be developed in the subsequent stages,” the regulator said.

The possibility of Russia’s disconnecting from SWIFT has been discussed since 2014, when first anti-Russia restrictions were introduced over the Ukrainian crisis.

The European Parliament later adopted a resolution, in which it called for the exclusion of Russia from the system, among other measures. However, the management of SWIFT, a member-owned cooperative, found that such recommendations would infringe on individual rights and harm the company.

Bankers interviewed by Izvestya welcome the recent initiative to expand the geography of Russia’s national payment system, as it will raise global interest in the service and become a step towards reducing global dependence on SWIFT, which currently operates in over 200 countries worldwide.