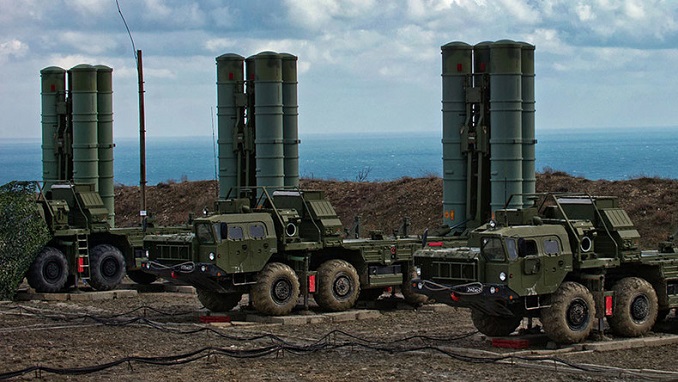 “Mr. Mitchell stated that Ankara can be slapped with sanctions if it buys S-400 from Russia. This is exactly an example of an attempted blackmail aiming to provide unfair competition to American companies”, Lavrov said, according to TASS. He was speaking at a news conference following his meeting with the Austrian counterpart Karine Kneissl in New York.

The Russian top diplomat was referring to comments by Aaron Wess Mitchell, the assistant secretary of state for European and Eurasian affairs, whose remarks during a hearing in Congress this week presented specific threats of potential retaliation if the Turkish government follows through on the acquisition of the S-400 system.

“Probably, the U.S. as a NATO member has to be respectful of the collective voice expressed by the secretary-general of the North-Atlantic Alliance,” he said.

The S-400 is Russia’s most advanced long-range anti-aircraft missile system with a capacity of carrying three types of missiles capable of destroying targets including ballistic and cruise missiles. The system can track and engage up to 300 targets at a time and has an altitude ceiling of 27 kilometers (17 miles).

Last December, Turkey announced it had concluded an agreement with Russia for the purchase of two S-400 systems by early 2020.

Mitchell, the U.S. state department official, had claimed that Turkey could face U.S. sanctions if it went ahead with plans to buy the Russian missile systems and the purchase may “adversely impact Turkey’s participation in the F-35 program”.

Sci-Hub Founder Accused of Hacking into Dozens of British Universities

Alrosa Warns 2020 Output Plan May Change as It Halts Two...