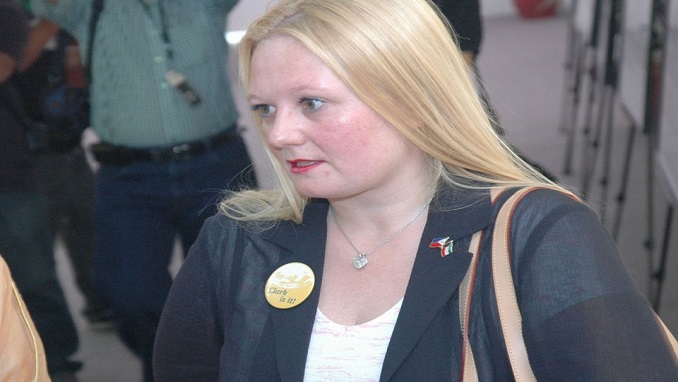 A court in Kuwait has sentenced Russian entrepreneur and managing director of investment firm KGLI, Maria Lazareva, to 15 years in prison and hard labor, finding her guilty of embezzlement of money from the Kuwait Port Authority, RIA Novosti reported.

“She must return 719,000 Kuwaiti dinars ($2.4 million) and also pay a fine of 2.138 million Kuwaiti dinars (more than $7 billion) together with her business partner Saido Dashti, another defendant in this case. After serving the sentence, Lazareva will be deported from the country,” the court said.

In the United States, Lazareva’s case was put on a par with the murder of Washington Post columnist Jamal Khashogi in the Saudi embassy in Turkey. Washington believes the charges against Russians are fabricated. In court, Lazareva was represented by Neil Bush, the son of American ex-president George W. Bush.

The investigation charged Lazareva with embezzlement of Kuwait’s Port Authority funds invested in The Port Fund investment fund managed by KGLI and the failure to complete the work on creating a port hub. The defense claims that The Port Fund returned the money with approximately one hundred percent profit in February 2019.

Last spring, a Kuwaiti court sentenced Lazareva to ten years in prison on another charge of not fulfilling work to create a port hub. An international team of lawyers filed an appeal, and in early May, the court decided to drop the charges against the Russian woman, but allowed her to be released only on a huge bail of 20 million Kuwaiti dinars (more than $ 65 million), and Lazareva continued to be in custody. She was released on June 13, when the amount of the bail was revised and reduced to one million Kuwaiti dinars ($ 3.29 million).

Russia Expects that US Weaponry Will Not be Employed in Afghanistan’s...