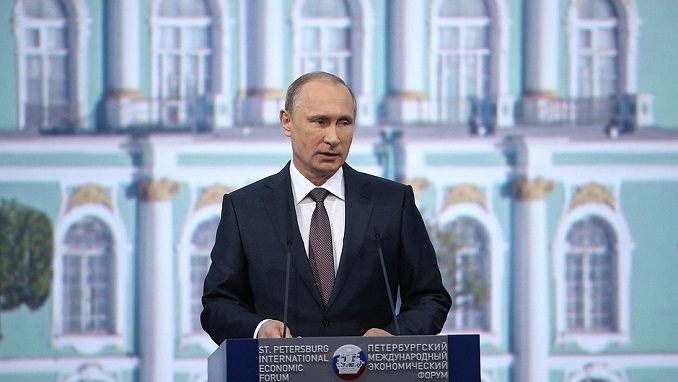 While Russian media portray the annual event, often called the Russian Davos, as a vehicle for a booming economy, over the past five years it has been a soap box allowing the Kremlin to let the world know it is open to investors despite tense relations with the West, AFP wrote.

The event will feature numerous panel sessions dedicated to Russia’s and international economic agenda, energy policies and oil and gas markets. Japanese Prime Minister Shinzo Abe will make an appearance and French President Emmanuel Macron will attend a special panel on Russia-France relations. A similar session will address Russia-U.S. relations. A panel on Libya’s reintegration in the international economy is also expected to attract attention.

This year’s forum comes at a critical moment for Russia, which is just overcoming a recession triggered by U.S. sanctions and a drop in oil prices in 2014. Putin, who was re-elected in March, has put the development of the economy at the heart his fourth term in office, and aims to catapult the nation into the fifth-largest economy spot, from its current position in 12th place.

Tens of billions of dollars in investment will be needed, and despite rising oil prices Russia will not be able to muster that without foreign firms and investors.

SPIEF was officially launched at an opening ceremony on Thursday with President Putin addressing the attendees.

There’s a Huge Scale of Corruption in Ukraine, EU Warns