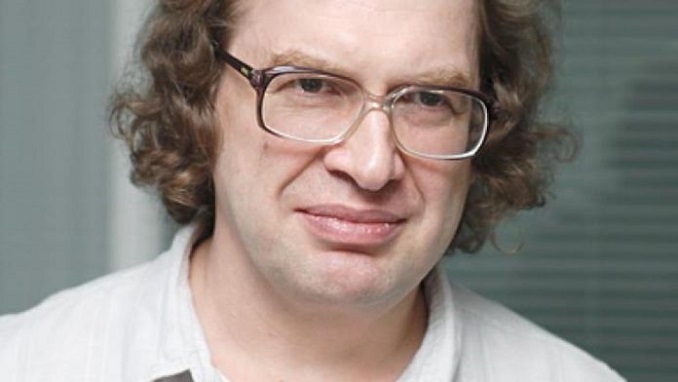 An eccentric Russian mathematician who founded the notorious MMM pyramid scheme in the early 1990s that swindled millions out of their savings has died, his assistant said Monday.

Sergey Mavrodi, whose bespectacled face once featured on vouchers issued by the grandiose scheme, died at age 62, his assistant Alexander Vlasov said, according to France Presse. The fraudster was found unconscious at a public transport stop, BBC Russia reported, citing a source.

A mathematician who became one of the earliest computer programmers, Mavrodi first went into business selling pirated videos and CDs. He founded a company called MMM that initially imported office equipment. He then gave up trading and founded the financial pyramid of the same name that became the largest in Russia.

Lured by a catchy television advertising campaign, an estimated 10 to 15 million people invested and received vouchers that promised a huge return.

Mavrodi became “one of the most recognized personalities” in the country’s popular culture, state-owned newspaper Rossiiskaya Gazeta wrote.

Fresh out of the Soviet Union, Russians generally had little financial knowledge and were naive.

“Mavrodi’s success came from the fact that such types of swindles were a novelty in Russia at the time, plus this was accompanied by a really mass-market and quite cleverly made advertising campaign,” economist Sergei Khestanov told Sputnik radio station.

Mavrodi was elected as a national MP in 1994 — giving him immunity from prosecution as he faced tax evasion charges — although he never turned up to parliament. The pyramid scheme paid out as long as it continued to grow but inevitably crashed as investors tried to sell off their vouchers at once.

Reportedly 50 committed suicide after the scheme collapsed in 1997 and the company was declared bankrupt. Mavrodi went into hiding and was eventually arrested in a Moscow rented flat in 2003, reportedly while wearing a wig.

He was charged with fraud, for which he received a 4 1/2 year sentence in 2007, almost all of which he had already served in pre-trial detention.

Not dissuaded and still protesting his innocence, he announced several new MMM schemes in various countries that were based online and even launched a new crypto-currency called Mavro. A Russian-language film based on his life called “The Pyrammmid” was released in 2011.

Mail.ru to Pre-install Software on Huawei Phones in Accordance with New...